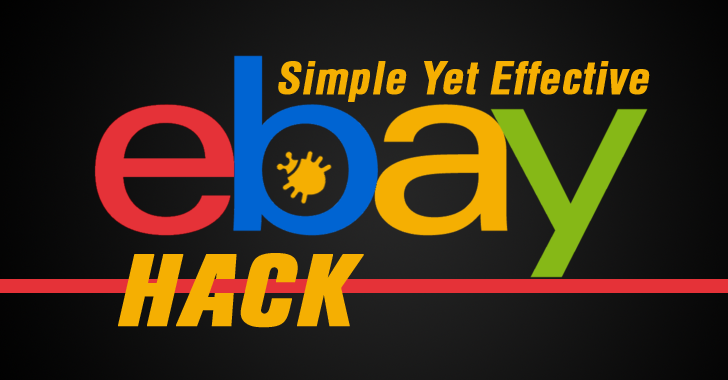 A simple, yet effective flaw discovered on eBay's website exposed hundreds of millions of its customers to an advance Phishing Attack.

An Independent Security Researcher reported a critical vulnerability to eBay last month that had the capability to allow hackers to host a fake login page, i.e. phishing page, on eBay website in an effort to steal users' password and harvest credentials from millions of its users.

The researchers, nicknamed MLT, said anyone could have exploited the vulnerability to target eBay users in order to take over their accounts or harvest thousands, or even millions, of eBay customers credentials by sending phishing emails to them.

MLT published a blog post about the eBay flaw on Monday, demonstrating how easy it is to exploit the flaw like this and steal customers' passwords.

The flaw actually resided in the URL parameter that allowed the hacker to inject his iFrame on the legitimate eBay website.

This is a common web bug, technically known as a Cross-Site Scripting (XSS) vulnerability, in which attackers can exploit the vulnerability to inject malicious lines of code into a legitimate website.

MLT included an iframe link to his own 3rd-party phishing page within eBay's regular URL, which makes it look like the login page "was hosted on the legitimate eBay website".

The login page looked almost exactly like eBay's actual login page, except the second part of the customised URL, which most of the users don't even notice.

In this case, the iFrame containing the researcher's phishing page was injected to the page using the following payload:

Here is the full URL, including the above payload, at time of injection:

Here's the screenshot of the URL: 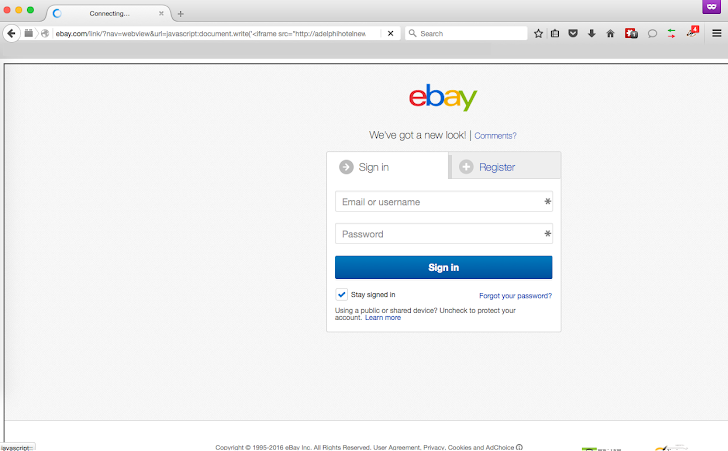 After this was done, MLT typed his username and password on the infected website and hit sign in, which gave him an error. But meanwhile, he was able to snatch the entered credentials in plaintext.

MLT also provided a video proof-of-concept, demonstrating the flaw in real-time. You can watch the video below:

MLT responsibly reported the flaw to eBay on December 11, but after an initial response asking for more information the following day, the company stopped responding to the researcher's emails and did not release a patch, even after knowing the consequences of the flaw.

However, when media contacted eBay asking about the vulnerability, the company rushed to release a patch on Monday and acknowledged MLT's finding on its site's page dedicated to thanking white hat hackers who responsibly report bugs on its website.