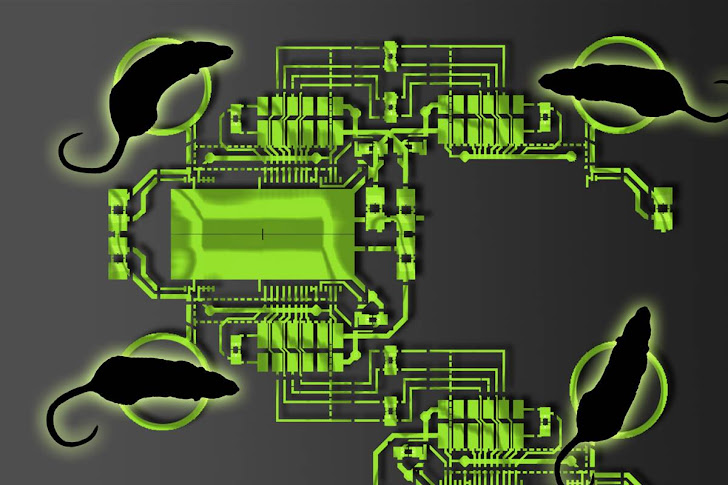 Brains are more powerful than computers. So why not build a computer from Brain?

In fact, Multiple Brains as per sayings, "Two heads are better than one."

Scientists at Duke University have done exactly that. They have successfully developed the first instance of a Brain-machine interface that employs multiple brains at once to operate a single machine.

"Organic Computers" – Made from Brains of Rats and Monkeys

Scientists were able to interconnect the brains of four rats to create a "Brainet" that is capable of accomplishing computational tasks better than the tasks performed by any one of the rats.

In the recent paper published in the journal Scientific Reports, the neurobiologist leading the research, Miguel Nicolelis says:

"Recently, we proposed that 'Brainets,' i.e. networks formed by multiple animal brains, cooperating and exchanging information in real time through direct brain-to-brain interfaces, could provide the core of a new type of computing device – An Organic Computer."

Nicolelis and his team have been wiring animal brains to machines since 1999, but this is the very first time when someone has directly wired together multiple animal brains to complete simple tasks.

Not only Rats but also Monkeys. Nicolelis also published a second paper titled, "Computing Arm Movements with a Monkey Brainet," which describes a Brainet that allows three rhesus macaque monkey brains connected to control a virtual arm projected on screen across three axes.

On one side, networked monkeys displayed motor skills, and, on the other hand, networked rats performed computation tasks.

Nicolelis says it was not actually difficult for him and his team to sync animal brains. In monkeys case, the researchers created two- and three brain brainets and then separated the monkeys in different rooms.

However, each one of the monkey was able to communicate and share brain activity related to movements and senses. In various trials, the monkeys tried to operate a virtual monkey displayed on a video screen to touch a target.

When successful, Nicolelis rewarded the monkeys with a small treat of juice. With time, the researchers discovered that the monkeys increasingly synchronise their actions and coordination of their brain activities, improving execution of the tasks.

In case of rats, scientists directly wired the brains of four rats together and found that rats produce different brain responses to different signals. The collective response of rat brains was correct 87% of the time. If they synchronized their brains together to complete a task, they were given water.

Scientists set the rats to other abstract tasks, their brain together always did the tasks than an individual rat have done, and sometimes even better. The researchers essentiality turned these rats into processors and called these collectives "organic computers".

Nicolelis' computers were monitoring nearly 3,000 Neurons in total among the rats, but the human brain has over 100 Billion neurons, and Nicoleis team is working on methods to develop humans brainets.

At the moment, we cannot say how actually these Organic Computers will work in the future, but Nicolelis believes that there are some potential applications that may come shortly.