U.S. National Security Agency (NSA) is infamous for conducting Global Mass Surveillance to snoop secretly on users' online communications, phone calls, private instant messages, and personal emails, but there is something shocking about it.

According to the recent report by Daily Beast, the Graphic video contents containing ISIS prisoner beheading, attacks on U.S. military forces, and sometimes sexual abuse of children are gathered from the computers and smartphones of captured or killed terrorists, and from websites frequented visited by jihadists.

Israeli Intelligence Agency noticed that Terrorists are using steganography technique to hide secret messages or content within an image or video file in order to keep their plans hidden from law enforcement and Intelligence agencies.

The graphic videos believes to be retrieved by the NSA's Tailored Access Office (TAO) secret hacking unit, which works with CIA and FBI to develop and spread sophisticated computer spy software and network spy software worldwide to conduct automatic surveillance.

TAO Unit reportedly infected more than 50,000 computer networks worldwide with malware designed to steal sensitive information and, last year it was revealed that the unit had intercepted Microsoft Windows crash error reports, which gave them all kinds of information about your system.

Checking every image and watching every second of the graphic video for a whole day long actually becomes difficult for some analysts, as the work can take an "extraordinary toll" on their emotional state of mind. And to cope up with this issue, the Intelligence agencies have employed specialist psychologists and therapists.

AT THE TIME WHEN NSA ENJOYED WATCHING NUDE PICS
Especially when it comes to pornography, we know that NSA employees enjoy watching and passing nude photographs of people in "sexually compromising" situations among other employees, former NSA contractor Edward Snowden revealed last year.

Also last year, an operation dubbed "Optic Nerve" showed the ugly face of the Intelligence agencies that allegedly captured and stored nude images and other sensitive data from webcam chats of nearly 1.8 Millions of unsuspecting Yahoo users, which was the great assault on users' privacy. 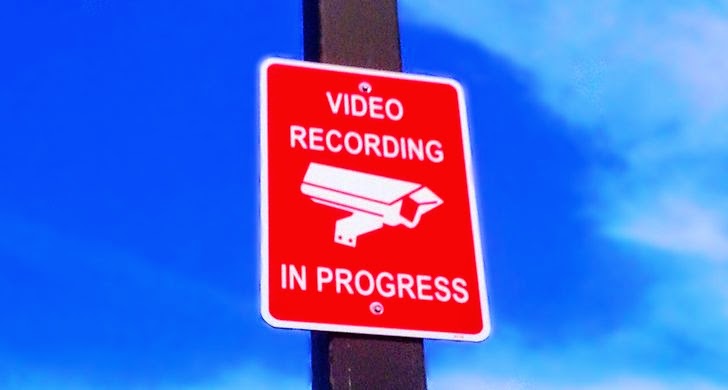 Obviously, the graphical content may or may not contain the clues about terrorists, but they have to watch all of them, and this is what they are getting paid for.

NSA CHIEF DEFENDED U.S. SURVEILLANCE
These efforts by the security agencies to leave no stone unturned is the reason why the Chief of NSA, General Keith Alexander defended US surveillance programs as part of a Noble Mission to protect the nation against terrorist attacks.

No doubt, the analysts sometimes feel oppressed and become angry, but the agency claims that it "deeply values the health and wellness of our [NSA & CIA] employees and provides a range of comprehensive services to address their needs."

TERRORISTS STARTED ADOPTING STRONG ENCRYPTION
However, keeping in mind the out datedness of Steganography technology, I do not think that terrorists are still using the technology to communicate, when they have so many end-to-end encrypted messaging apps readily available out there.

Last year, we also reported that the infamous terrorist group, Al-Qaeda, had started using strongest encryption techniques in order to bypass the standard cryptographic protections in its various communications.

So, it is hard to believe that after the revelation of NSA's mass surveillance programs by the agency's cyber security specialist Snowden, terrorists communicate via an outdated technology. 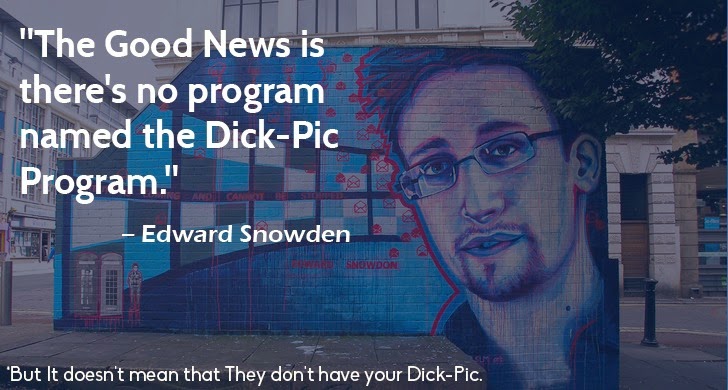 The conversation went half serious, half humorous when Snowden was asked, "Can the government secretly access Americans' naked selfies?"

Oliver showed Snowden that when the New Yorkers were asked about Snowden and his work, they barely had an answer, which means most of the people in U.S. are actually not aware of NSA's surveillance program.

But, when the interviewer asked the New Yorkers about the government spying on their "Dick Pics," they were far more concerned. However, Snowden says, "The good news is there's no program named the Dick-Pic Program."