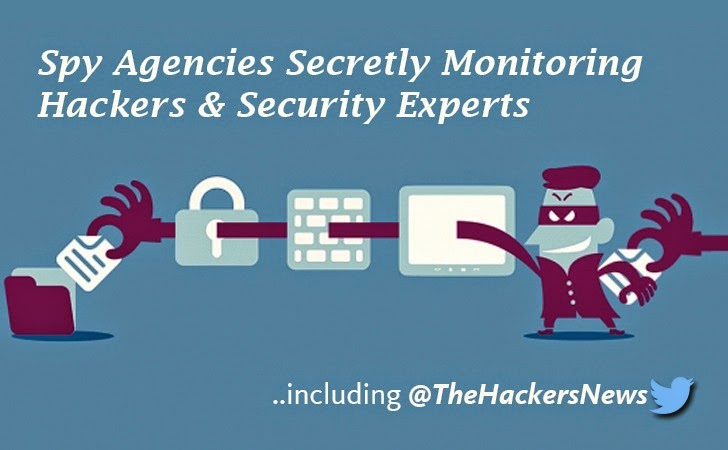 The NSA and GCHQ have tracked and monitored the activities of independent and nation-state hackers, along with some of the foremost security researchers in order to gather information on targets and pilfer the stolen data from hackers' archives, top secret Snowden documents reveal.

State-sponsored, individual Blackhat hackers and hacking groups target some or other organizations on an ongoing basis. So, by monitoring the work of 'freelance' and rival state hackers, the NSA and its allies get the stolen information, such as email accounts or chats owned by target of their interest, without doing much of hard work.

HACKERS STOLE FROM TARGETS & AGENCIES STOLE FROM HACKERS
According to the latest revealed documents provided by whistleblower Edward Snowden, the hacks and sophisticated breaches on the targets were carried out by the state-sponsored and freelance hackers, but the stolen data, referred to as 'take', was then pilfered by the agencies for their own interest, "without notifying the hacking victims of these breaches."

The hackers' sophisticated email-stealing infrastructure was referred to as INTOLERANT and both Canada and the United Kingdom had hands in hacker pockets.

"Recently, Communications Security Establishment Canada (CSEC) and Menwith Hill Station (MHS) discovered and began exploiting a target-rich data set being stolen by hackers," reads one of the documents quoted by the Intercept. "The hackers' sophisticated email-stealing intrusion set is known as INTOLERANT."

"Of the traffic observed, nearly half contains category hits because the attackers are targeting email accounts of interest to the Intelligence Community. Although a relatively new data source, [Target Offices of Primary Interest] have already written multiple reports based on INTOLERANT collect."

The state-sponsored hackers also targeted a large number of human rights organizations, diplomatic corporations, democracy activists and even journalists. Though, the data collected under the NSA's INTOLERANT project was well organized.

The agencies labeled all kind of stolen data to identify and categorize victims. The categorization in done as following:
LOVELY HORSE PROGRAM 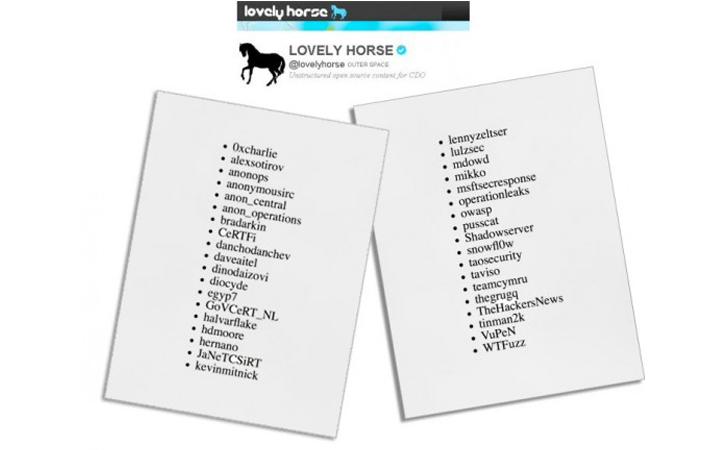 In a separate document, it was revealed that the NSA had also run an open source intelligence gathering service known as Lovely Horse, a program created by GCHQ to monitor and index public discussion on Twitter and other social media by hackers and security experts including Mark Dowd, Tavis Ormandy and HD Moore.

"Analysts are potentially missing out on valuable open source information relating to cyber defence because of an inability to easily keep up to date with specific blogs and Twitter sources," one document states.

NSA AND GCHQ FOLLOW 'THE HACKER NEWS'
Around 60 blogs and 36 other Twitter accounts, all listed by the Intercept, could be flattered by the agency's interest, the document states.

The list also include our website's THE HACKER NEWS official twitter handle (@TheHackersNews), which means that NSA and GCHQ have their eyes on every upcoming hacking news and incidents. The agencies were analyzing and collecting intelligence by monitoring our online activities. We feel proud that GCHQ and NSA found The Hacker News updates worth to follow. Stay Tuned.