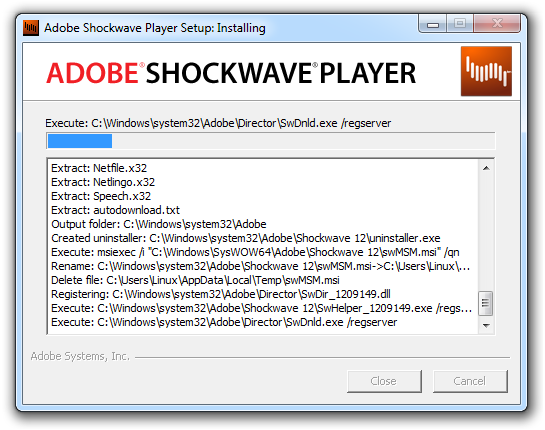 Adobe has released a security update to address critical vulnerabilities for Adobe Shockwave Player 12.0.7.148 and earlier versions of the Windows and Mac OS X systems.

The Patch fixes two critical remote code execution vulnerabilities, that could potentially allow an attacker to remotely take control of the affected system.

According to the Security Advisory released by Adobe, the vulnerabilities labeled as CVE-2014-0500 and CVE-2014-0501, and very limited information is available at this moment. These vulnerabilities discovered and reported by Liangliang Song of Fortinet's FortiGuard Labs.

'An attacker can exploit this issue to execute arbitrary code in the context of the user running the affected application. Failed exploit attempts will likely result in denial-of-service conditions.' advisory explained.

Adobe gave the update its highest 'Priority Ranking' of 1, which indicates that a vulnerability is actively being targeted, or has a higher risk of being targeted by exploits in the wild.