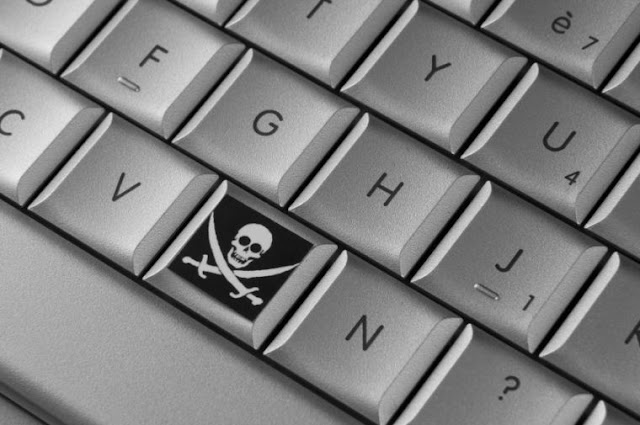 In the constant battle between illegal file sharers (Pirates) and the entertainment industry (Hollywood) supplying the protected digital materials, the pirates have been staying one step ahead, although the industry may soon have a powerful new weapon in their arsenal.

A new report released by the Commission on the Theft of American Intellectual Property suggests the use of malware to fight piracy. In a report, the Commission on the Theft of American Intellectual Property proposed many ways piracy can be combated, including infecting alleged violators' computers with malware that can wreck havoc, including and up to destroying the user's computer.
It would also give the entertainment industry the advantage of tracking those who commit IP theft on-line no matter their location. Though it sounds reasonable on the surface, it is really a bad idea due to the challenge of correctly identifying a cyber attacker, as well as the unavoidable risk of collateral damage.
If you want to read an 84-page report from the Commission on the Theft of American Intellectual Property, then check it out here.
The worrisome fact is that whether you are a pirate of not, the malware will be installed on your computer, discreetly keeping an eye on everything you get off the Internet. If you have some pirated movies or songs on your computer, you could be deemed an IP thief and have nasty things done to your system by rights holders if counterattacks were legalized.