Indian Officials Get Training from Hackers who cracked CERN's IT system 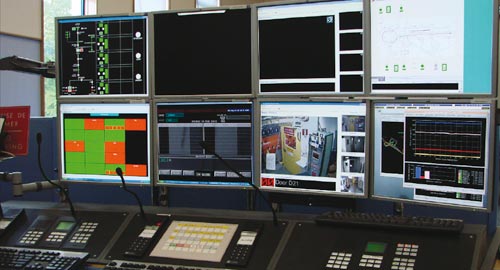 Two Argentina-based cyber security experts - Chris Russo and Fernando Viacanel, who claimed to have cracked the security code of IT systems involved in the discovery of 'God Particle', today conducted training sessions for Indian government officials.
Both the hackers are partners of IT security firm E2 Labs and their company in arrangement with industry chamber Assocham has plans to conduct series of technology exchange programmes on cyber security.

Russo said that three times he has been able to find vulnerability in IT system of European Organisation for Nuclear Research (CERN) that has been involved in discovery of 'God Particle' or Higgs Boson.
Programme was attended by officials from Cabinet secretariat, National Technical Research Organisation, Airforce, C-DAC, Income Tax Department, Assam's AMTRON along with representatives from private sector entities, Aircel and Cisco.
"Talents required to be cyber security experts are mostly available in people with an average age of below 30. This should be also recognised by government", Senior Director Assocham Ajay Sharma said.
Chris Russo also going to Present "Black Arts of Automated and Remote Exploitation" at The Hackers Conference, will be held in New Delhi on July 29 2012.
His talk will be about the bundle exploit packs, also known as BEPs. His presentation will shows and demonstrates the mechanisms, including passive and active detection systems, drive by download and drive by cache techniques, geolocation libraries implemented, Obfuscation and encryption techniques, and the selection on the fly of the most convenient exploit for each case. How this systems are used, for malware spreading such as botnets, PPI binaries and Rouge AVs, generating profits for their owners for more than $500 dollars daily.
The audience should benefit by understanding the threats, risks and market behind the automated remote exploitation techniques and the entire economic system behind it. His talk will also allow the users to take preventive measures in order to stop these threats or reduce the risk associated with it.
The Hackers Conference 2012 is expected to be the first open gathering of Blackhat hackers in India who will debate latest security issues with the top itelligence echolons in India. The conference has sent special invites to Blackhat hackers to come and demonstrate their talent and help the security agencies bridge the knowledge gaps existing today.
You can Register yourself here, to attend THC2012.