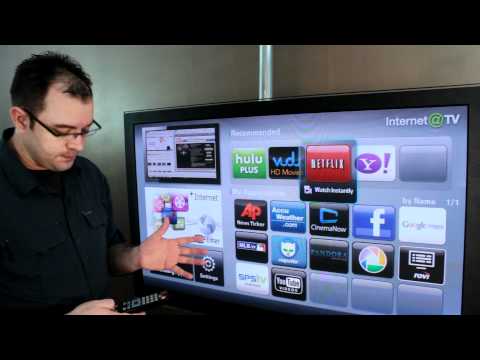 Is your Internet TV vulnerable to hackers? Internet TVs could be the newest avenue for cybercriminals to infiltrate your home or business. Last year, Researchers at Mocana, a security technology company in San Francisco, recently discovered they could hack into a best-selling Internet-ready HDTV model with unsettling ease.
According to a new report from researcher NPD In-Stat predicts that 100 million homes in North America and Western Europe will own television sets that blend traditional programs with Internet content by 2016.
What exactly these Internet Enabled TV have ? Its IP addresses, always-on network interfaces, CPUs, storage, memory, and operating systems the details that have offered hackers a bounty of attack choices for the last three decades.
"Our goal was to see if we could hack into the set-top box, steal customer personal information, pirate services, and incur denial-of-service conditions." Roger Grimes wrote on Pcworld. He added "we not only owned the box, but ended up taking root of the entire cable system."
He added an example, if we could steal porn or force porn onto another television that was watching Disney content, with the idea that offended customers would drop their service.
If you own an Internet-connected TV, your best bet may be to avoid using it to complete any online transactions, at least until you're sure that sufficient security measures are in place to protect your personal data.