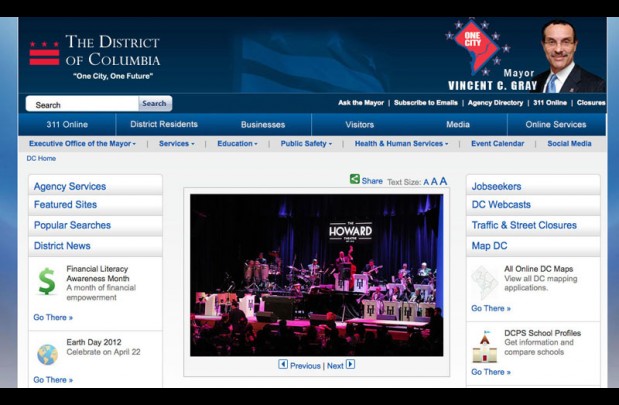 Hackers launched a DoS denial of service attack on D.C. government websites today, clogging the system with a flurry of requests so that it operates extremely slow or is impossible to load.
"The District government has detected an attempted intrusion into it's technology infrastructure system," the D.C. Department of Homeland Security and Emergency Management said in an email to specified recipients around noon.
"Customers may experience intermittent difficulties in accessing the District's web site as we attempt to address the issue. We are aggressively working to resolve this matter."
In January the group launched a similar attack against the UFC for its support of the controversial Stop Online Piracy Act that was debated by Congress earlier this year. DDoS attacks have been launched by a variety of groups such as Anonymous and LulzSec against federal government websites and servers, including the FBI and CIA.