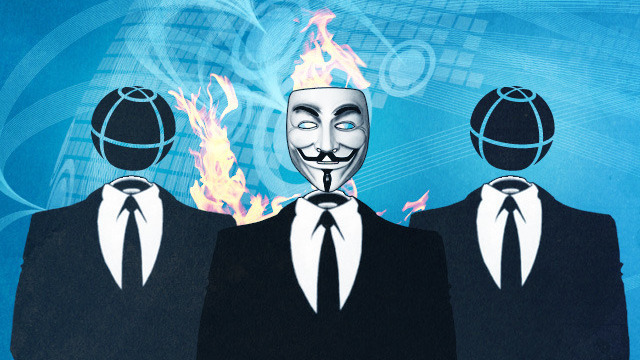 Interpol Chief Ronald Noble on Friday warned that a group of hackers might try to shut down internet service tomorrow. The hacking group, Anonymous, is protesting against several reasons including the crash of Wall Street and irresponsible leaders.
There are 13 DNS servers that host the core databases for translating IP addresses. Anonymous hackers have announced "Operation Global Blackout", promising to cause an Internet-wide blackout by disabling the core DNS servers.
Anonymous Hackers wants to bombard those 13 servers with traffic using a distributed denial of service attack. If the servers get too overloaded, they'll crash and therefore be unable to fulfil DNS lookups rendering all domain names useless.

But there are lots of Limitations in this type of attack :
Meanwhile, Interpol has launched Operation Unmask to deal with the group and arrested 31 alleged members in two different phases in February and March, 2012. There are around 2.3 billion internet users in the world and more than one million of them are affected by cybercrime every year while $388 billion dollars is the global cost of such crimes.
Conclusion : According to us ( The Hacker News) , Hackers strongly not able to shut down the internet. So what do you think , that Anonymous will manage to shut down the web?