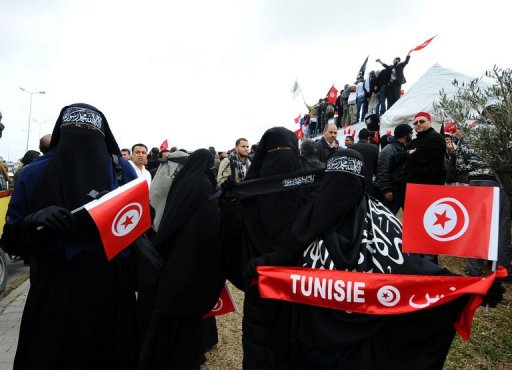 The Facebook page of Hizb Ettahrir, an Islamist political party that is legally unrecognized in Tunisia, was hacked last night by a Tunisian group claiming affiliation with the international cyber activist collective Anonymous.
"We are fighting you... your emails, your bank accounts and transactions will be probed, your hard discs will be copied," said a man wearing the Guy Fawkes mask that has become a trade mark of Anonymous members.

The YouTube video embedded above, in French, was posted a few days ago warning of the attack. The video warned their e-mails, bank accounts, and hard drives will be probed. Furthermore, it said if the Tunisian government won't stop them, Anonymous will.

The video warned, "We are fighting you… your emails, your bank accounts and transactions will be probed, your hard discs will be copied. If the Tunisian government won't stop your activities in the weeks to come, Anonymous will."
The attacks came as Tunisia prepared to mark a national day of Internet freedom on Tuesday in memory of blogger Zouhair Yahyaoui, who died on March 13, 2005 at the age of 36 after arrest and torture under Ben Ali's regime.