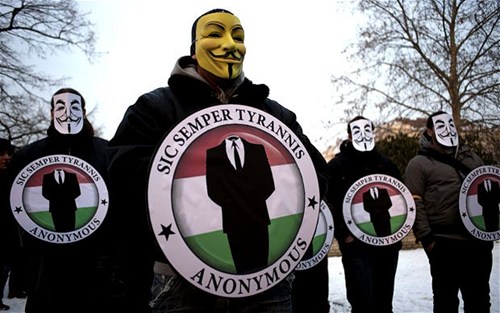 The Italian Anonymous Hackers took down the Vatican's website (Vatican.va) on Wednesday in retaliation for the "corruption" of the Roman Catholic Church. On an Italian-language website Anonymous accused the Catholic Church of being responsible for various misdeeds throughout history including the burning of heretics during the inquisition. In their statement the group noted:
"Anonymous decided today to besiege your site in response to the doctrine, to the liturgies, to the absurd and anachronistic concepts that your for-profit organisation spreads around the world." "This attack is not against the Christian religion or the faithful around the world but against the corrupt Roman Apostolic Church."
Meanwhile, late on Tuesday hackers associated with LulzSec took down and defaced more than 25 websites belonging to Panda Security, claiming the security firm had been "earning money working with Law Enforcement to lurk and snitch on anonymous activists."
The feds charged Ryan Ackroyd (aka kayla), Jake Davis (aka topiary or atopiary), Darren Martyn (aka pwnsauce, raepsauce, or networkkitten), and Donncha O'Cearrbhail (aka palladium) in Manhattan Federal Court with computer hacking conspiracy for the hacks of Fox, Sony Pictures, and PBS.
Do you think the Vatican website deserved to be shut down ?