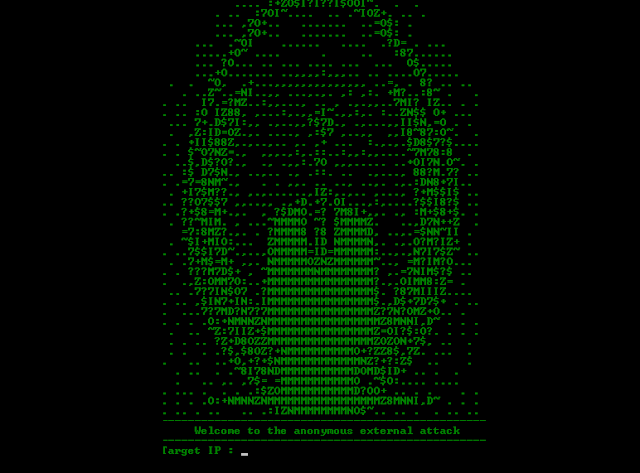 "Maxpain" Hacker and Security Developer, Releases two tools in an Package called "Anonymous Attacker Package". First one is - Anonymous external attack, allows you to execute udp flood web attack, into websites, this tool was made as external of LOIC, the following package contains :
#Anonymous External Attack - A console application made in C# that allows you to flood the websites with anonymous style , and sending 4096 packets each second. The program delays some seconds for each packet that it makes, so it flood effectively without lagging your own connections. Cool for DDoS attacks. (213kb file)

#Anonymous DNS Extractor - Extracts the dns and ip servers of the following website, Developer included this program, cause in the target ip of AEA - anonymous external attack you need to use an IP. (128kb file)

Both of programs are really light and console applications, by giving you the ultimate experience web attack. These tools are available to Download Here , Virus Total Report - Clean. Still, Try these tools at your own risk, because last week we report about an Operating system called "Anonymous-OS", that was supposed to be developed by Some Anonymous Member,but in real it was a rough backdoor OS.
Last Year, Maxpain also Released - DDOs Tracer - 1.0 and Assassin DoS 2.0.3 Dos Tools.