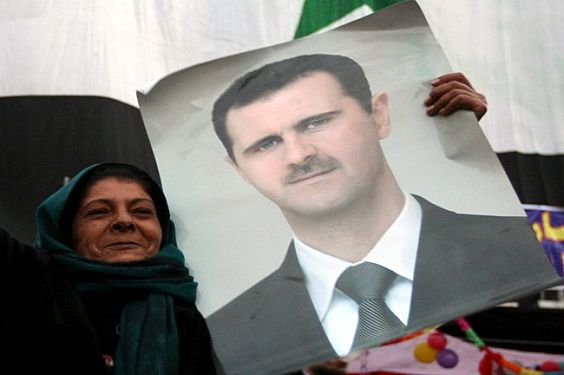 According to report received to THN editorial, A hacker based out of Saudi Arabia, identified as Salman Al Anzi, claims to have hacked the private email account of Syrian president Bashar Al Assad. He also hack a number of Syrian ministries, the Al-Arabiya TV Channel. The hacker threatened to reveal Assad's personal correspondence containing scandalous facts if the president doesn't meet his requirements.
According to the city Saudi Arabia, the hacker threatened to Bashar al-Assad download scandals and scandals of his aides and Iran's support for him, and copies of e-Bashar by secret ballot, with said hacker to the size of these scandals, 4 GB, gave the hacker the Saudi ultimatum to President Bashar al-Assad for the implementation of conditions, and only carried out what threatened him.
The wave of threats from the hacker, Israeli sources said that a Saudi, and announced several thwarted attempts to penetrate the sites belonging to the Ministries of sovereign Israel, where he succeeded hacker Saudi Arabia's alleged access to a page, Deputy Israeli Foreign Minister Danny Ayalon and wrote down: "I apologize to you Danny, I'm not a man You can not and Stand ".
The Syrian government said more than 2,000 army and security personnel were killed during the months-long unrest, while the UN puts the death toll at more than 5,400.
According to Al Madina newspaper , the hacker submitted some demands to the Syrian regime, most importantly to stop the killings of Syrians immediately and give up power.The hacker threatened Bashar Al Assad that he would publishing top secret information accessed from the email - such as the Iran's support for him.The hacker is alleged to have given a deadline to President Bashar Al Assad which he has not made public.
[Source : Alarabiya ]