Another big site got hacked today, its Philips Electronics - had revenues of €25.42 billion in 2010, making it one of the largest electronics companies in the world. It employs around 114,500 people across more than 60 countries.
The deface page shows the name of Hacker as - Hacked by bch195 and HaxOr . These hackers belongs from Team INTRA . Hacker also make a pastebin note (https://pastebin.com/BDbrcx8b) about hack. Hacker claim to hack many subdomains of Philips websites as shown. The screenshot is of a php shell uploaded on Philips's Website. 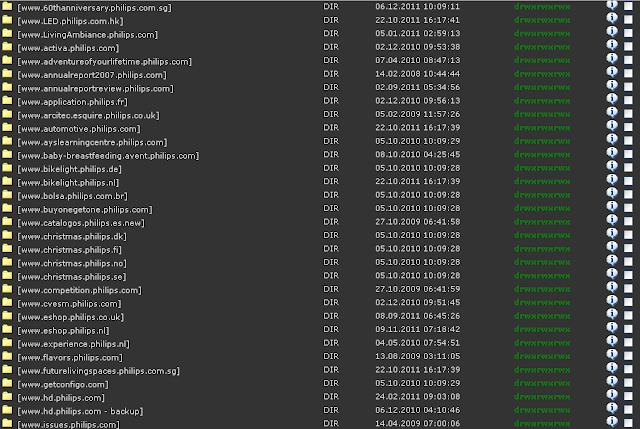 Hackers link 3 more Private note in last pastebin note, which include Most of the Hacked Database of Website and List of few emails extracted from their. Also hacker comment that "This is first 100 emails from 200k list.I don't want to share more because i will sell it."