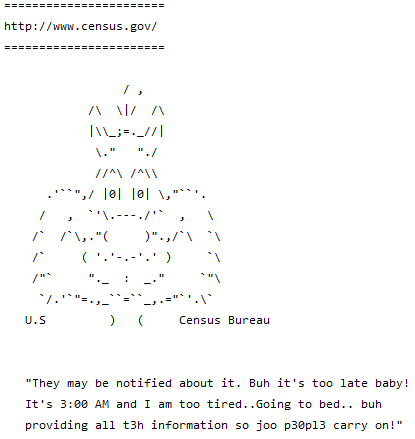 The Pastebin Note include the complete Database Structure as shown: 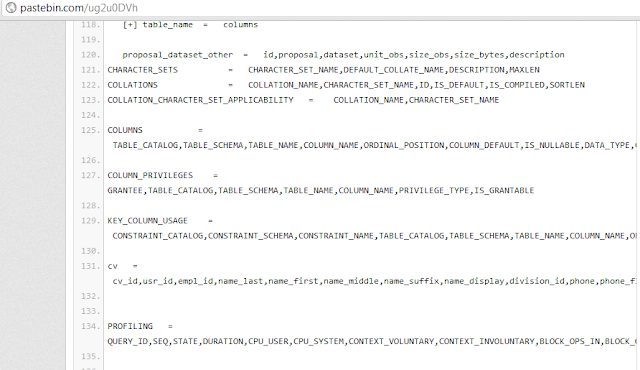 There is no reason mentioned for this attack yet by Hacker, But Hacker suggest United States Census Bureau to fix their loopholes as soon as possible. The Note include the Greets to other Hacking Groups like Inj3ct0r , TeaMp0isoN and Anonymous, seems that its a collective hack for #Antisec.