Homeland Security have eye on Journalists 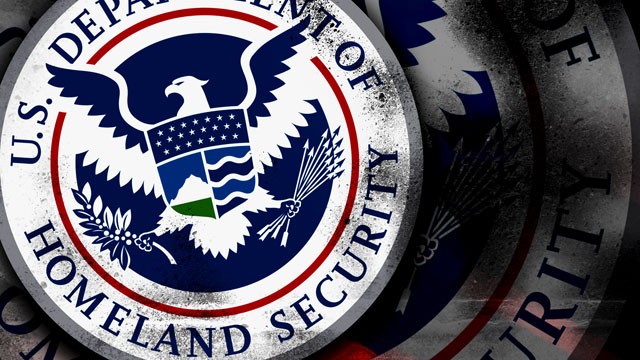 The Department of Homeland Security has declared its intention to gather personal data on journalists or others who might use "traditional and/or social media in real time to keep their audience situationally aware and informed". Well, it'll be interesting to see the reaction of Obama's adoring White House press corps when they discover their activities are being tracked by the Department of Homeland Security.
Under the National Operations Center (NOC)'s Media Monitoring Initiative that came out of DHS headquarters in November, Washington has the written permission to retain data on users of social media and online networking platforms.
Congress shall make no law respecting an establishment of religion, or prohibiting the free exercise thereof; or abridging the freedom of speech, or of the press or the right of the people peaceably to assemble, and to petition the Government for a redress of grievances.
The department says that they will only scour publically-made info available while retaining data, but it doesn't help but raise suspicion as to why the government is going out of their way to spend time, money and resources on watching over those that helped bring news to the masses.

A PDF file at DHS says that under certain circumstances, it is allowed to collect personally identifiable information (PII) on:
RT.com adds that the data collected "is being shared with both private sector businesses and international third parties," but does not specify who those parties are.
The development out of the DHS comes at the same time that U.S. District Judge Liam O'Grady denied pleas from supporters of WikiLeaks who had tried to prevent account information pertaining to their Twitter accounts from being provided to federal prosecutors. Jacob Applebaum and others advocates of Julian Assange's whistleblower site were fighting to keep the government from subpoenaing information on their personal accounts that were collected from Twitter.Last month the Boston Police Department and the Suffolk Massachusetts District Attorney subpoenaed Twitter over details pertaining to recent tweets involving the Occupy Boston protests.
Should you care? For journalists covering numerous types of news, be aware. But not to worry ,just because the government is monitoring online activites of writers, bloggers and journalists, the federal government says it is doing all it can to keep that information private.