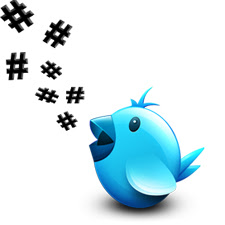 Russian hackers have taken aim at Twitter in recent days to hamper communication between opposition activists as outrage against the conduct of last week's general elections grows. The pro-government messages were generated by thousands of Twitter accounts that had little activity beforehand. The hashtag is #триумфальная (Triumfalnaya), the name of the square where many protesters gathered.
Maxim Goncharov, a senior threat researcher at Trend Micro, observed that "if you currently check this hash tag on twitter you'll see a flood of 5-7 identical tweets from accounts that have been inactive for month and that only had 10-20 tweets before this day. To this point those hacked accounts have already posted 10-20 more tweets in just one hour."

Brian Krebs, the author of the blog Krebs on Security, noted that the 'bot accounts he lists them here appear to follow a single account called @master_boot, as well as following each other. The accounts were also all created in July of this year. Besides pro-government tweets many of the messages are gibberish.
Getting the software for such attacks isn't that hard, about $150 one can get the automated Twittering software, and a "Twitter blasting machine" totals about $300. Social networks are becoming an increasingly important stage for conflict between governments and their people. Occupy Wall Street has made effective use of Tumblr, and protests in Egypt were often organized using Twitter and Facebook.