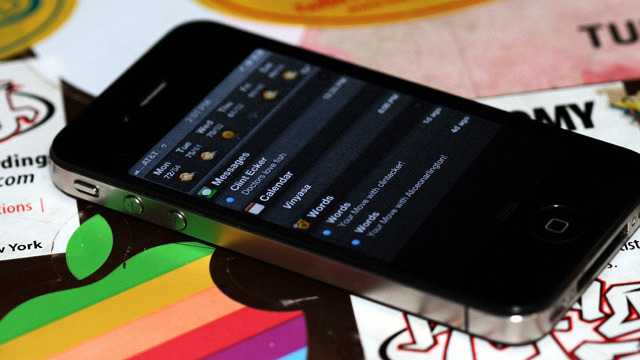 Apple's iOS 5 has been released, with owners of the iPhone 4, iPhone 3GS, iPad and iPad 2, along with the third- and fourth-gen iPod touch all getting the latest version of the mobile platform as a free update. Available to download for existing devices via iTunes, iOS 5 will also be preloaded on the new iPhone 4S, Apple's fifth-gen smartphone that goes on sale this Friday.
"On non-mobile devices, our lives are quickly shifting from native applications [i.e. coded for a specific computer or smartphone's operating system] to Web applications, but by Apple dominating the consumer smartphone market first, and executing it beautifully, they have started to set some really unhealthy precedents that the rest of the industry is copying while simply trying to keep pace," said Zeke Shore, the Co-Founder and Creative Director of design firm Type/Code.

iOS 5 also brings with it iCloud, Apple's new synchronization and backup system that promises to deliver your music and documents across all devices, as well as replace iTunes on the desktop as the hub of the digital ecosystem. All iOS 5 users – as well as those running OS X Lion on their Macs – will get 5GB of free iCloud storage, with more available at a fee. You can access the iCloud web-based login at icloud.com.

iOS 5 is compatible with the iPhone 3GS, 4, and 4S; the third- and fourth-generation iPod touch; and any iPad. To install it, you'll just connect your iOS device to iTunes and—if not prompted to upgrade straight away—click on the Check For Updates button.
iOS 5 For iPhone, iPad And iPod Touch Download Links: