AnDOSid the DOS tool for Android 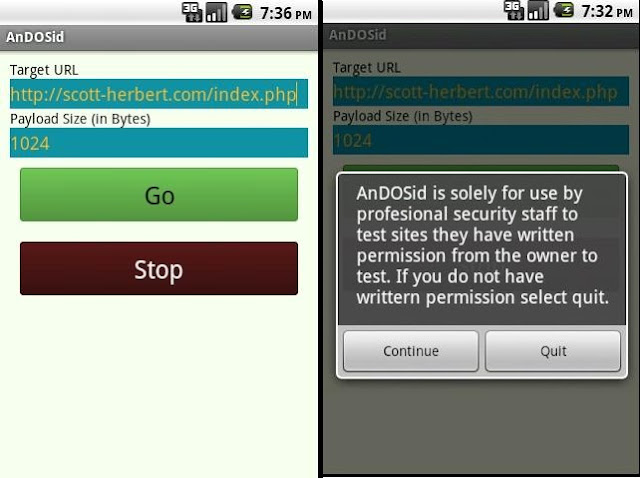 A new product released by SCOTT HERBERT for Android mobile phones,Its AnDOSid - the DOS tool for Android Phones. The rise of groups like Anonymous and LuzSec, as well as constant India / Pakistan cyberwar has raised the issue of cyber-security high(er) in the minds of web owners.

Pentesting tools exist to simulate such attacks and help website security people defend against them, however for the most part they currently only exist for desktop computers. Mobile phones have, over the last few years, grown from simple devices that send and receive calls to mobile computing platforms which can be purchased for less than $100 a device.

AnDOSid fills that gap, allowing security professionals to simulate a DOS attack (An http post flood attack to be exact) and of course a dDOS on a web server, from mobile phones. AnDOSid is actively being developed and I welcome feedback from the security community as to how you would like the application to evolve.


What's in this version:

AnDOSid can be downloaded from the Android Market place and costs just £1 or Rs.74.58/-Only.