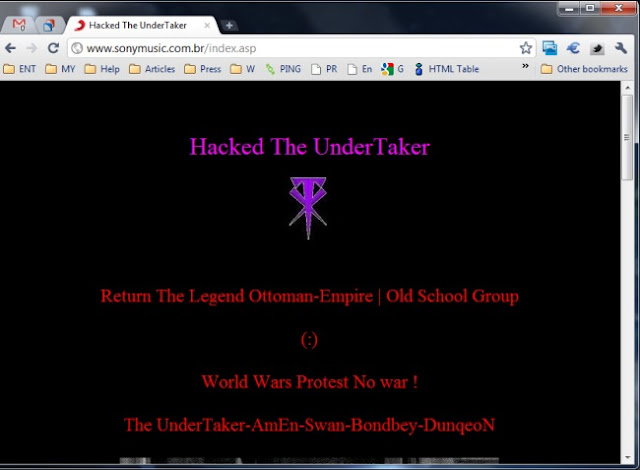 A Sony Entertainment website just got hacked. A group of hackers by name "The UnderTakers" were able to take down Sony Music Brazil, which is down for more than 12 hours now.

Looks like they don't even know about it yet, as the "Hacked The UnderTaker" message left by the breachers on sonymusic.com.br, is still intact.

The Sony network and its services got hacked more than a dozen times over a period of 2 months. Quite alarming it is for everyone, but the company is yet to learn from its mistakes. Check Here

It's pretty apparent to everyone that Sony hasn't plugged holes yet, and has failed to be alert.