Inj3ct0r provides useful information to people who perform penetration testing, IDS signature development, and exploit research. This project was created to provide information on exploit techniques and to create a useful resource for exploit developers and security professionals. The tools and information on this site are provided for legal security research and testing purposes only. The project does not belong to the Turkish, American, Russian, Chinese, Ukrainian etc hackers.

THN : What is injector Team doing these days , what plans are there about forum and how these things will help beginners ?
Inj3ct0r : inj3ct0r is not an institute for beginners. Forums and all are coming, look out for news alerts.

THN : Most of the time we hear that the Injector admin belongs to Pakistan , is it true ?
Inj3ct0r : They may be and they may not be from that country. One of admin says –" Patriotism is the last refuge of a scoundrel."

THN : If it is, then does region matter in team work?
Inj3ct0r : No, it doesn't. If it does, it is not team work at all. Every inj3ct0r is like a free bird. They flock in groups but, rest in individual nests.

THN : Is Exploiting a crime? Or does it help developers ?
Inj3ct0r : There is a yin for every yang. If there are developers, there will be hackers! We are just balancing the equation with our existence.


THN : What are the benefits everyone can get with exposure of exploits, like from a developer point of view, from a hacker point of view, or for a learner/beginner?
Inj3ct0r : Rectifying mistakes and making others rectify who haven't. After all, we are mere humans :)

THN : It appears without "hacking" internet security would not have been challenged and improved. Do you see hacking having any other value?
Inj3ct0r : Hacking is as valuable as any developments. There is always a 'next level' in everything. I remember in 2002, SQL Injection was considered the most lethal practice and in 1998 DOS attacks were inevitable! As technology grows, we will grow too and as we grow, it will grow too :)

THN : Is Exposure of Security Holes Important? What have you gotten from the experience personally?
Inj3ct0r : Personal experience: Joy of outsmarting the smart ones! It is important and it is not important - the exposure I mean, depends on user on each end.

THN : Do you feel that groups like Anonymous who hack for the purpose of exposing the criminal and corrupt side of corporations and government have value?
Inj3ct0r : My replies will reflect my entire beloved team and also supporters. I would like to press the 'Skip' button :)

THN : So many people admire you and support you. Did you ever think you would be a public figure held in esteem by many in your life time?
Inj3ct0r : A Hacker is known by his level of stealth 'mode'. There is a saying, "Everyone knows a good hacker and he makes his folks proud about it but, no one knows about the best one, not even his folks. Fame would make me look more weaker to myself.

THN : Conversely, what do you think about the FBI and our criminal justice system in regards to hacking? How would you write the laws governing this activity?
Inj3ct0r : I would sum it up in one line 'If someone is smarter than you, either learn from him or get yourself replaced'. There is no good guy and bad guy. Every human is un-refined, that's all :)


THN : The internet world is sorely unprepared when it comes to security. Do you agree and why?
Inj3ct0r : Not just security, everything. But, as time goes, it teaches.

THN : What message would you like to give the hacking community that is subscribing to this magazine?
Inj3ct0r : Be a kid. Be sincere not serious, in whatever you do. If you don't enjoy it, you ain't doing it right. 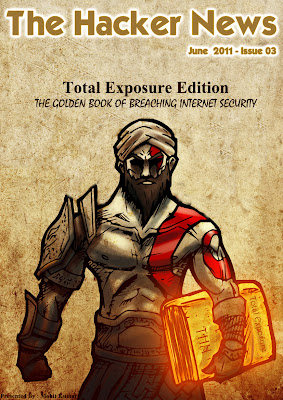