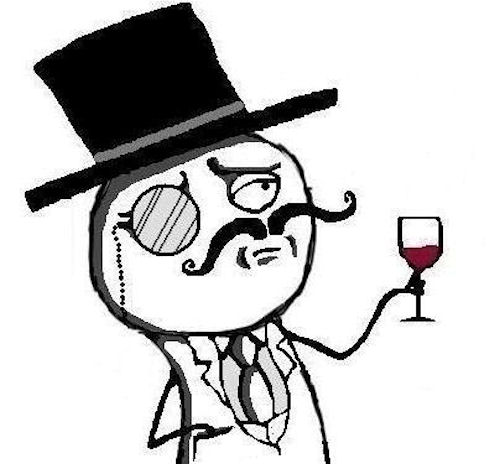 Hacker group LulzSec has announced that after 50 days of hacking companies and organizations, it is finally done. LulzSec tweet a message which was posted on Pastebin : https://pastebin.com/1znEGmHa

The group confirmed its retirement on the LulzSec Twitter feed, which managed to amass 277,540 followers during its short stint online.

"For the past 50 days we've been disrupting and exposing corporations, governments, often the general population itself, and quite possibly everything in between, just because we could," writes LulzSec. "All to selflessly entertain others – vanity, fame, recognition, all of these things are shadowed by our desire for that which we all love. The raw, uninterrupted, chaotic thrill of entertainment and anarchy."

The group was also behind attacks on Sony, attacks on PBS, the US Senate, the CIA, and a slew of gaming sites popular with 4Chan users including EVE Online, Minecraft and League of Legends. LulzSec was thought to have been the source of hacks against Scotland Yards and the UK Census, but the group denied involvement.

Friends around the globe,


We are Lulz Security, and this is our final release, as today marks something meaningful to us. 50 days ago, we set sail with our humble ship on an uneasy and brutal ocean: the Internet. The hate machine, the love machine, the machine powered by many machines. We are all part of it, helping it grow, and helping it grow on us.


For the past 50 days we've been disrupting and exposing corporations, governments, often the general population itself, and quite possibly everything in between, just because we could. All to selflessly entertain others - vanity, fame, recognition, all of these things are shadowed by our desire for that which we all love. The raw, uninterrupted, chaotic thrill of entertainment and anarchy. It's what we all crave, even the seemingly lifeless politicians and emotionless, middle-aged self-titled failures. You are not failures. You have not blown away. You can get what you want and you are worth having it, believe in yourself.


While we are responsible for everything that The Lulz Boat is, we are not tied to this identity permanently. Behind this jolly visage of rainbows and top hats, we are people. People with a preference for music, a preference for food; we have varying taste in clothes and television, we are just like you. Even Hitler and Osama Bin Laden had these unique variations and style, and isn't that interesting to know? The mediocre painter turned supervillain liked cats more than we did.


Again, behind the mask, behind the insanity and mayhem, we truly believe in the AntiSec movement. We believe in it so strongly that we brought it back, much to the dismay of those looking for more anarchic lulz. We hope, wish, even beg, that the movement manifests itself into a revolution that can continue on without us. The support we've gathered for it in such a short space of time is truly overwhelming, and not to mention humbling. Please don't stop. Together, united, we can stomp down our common oppressors and imbue ourselves with the power and freedom we deserve.


So with those last thoughts, it's time to say bon voyage. Our planned 50 day cruise has expired, and we must now sail into the distance, leaving behind - we hope - inspiration, fear, denial, happiness, approval, disapproval, mockery, embarrassment, thoughtfulness, jealousy, hate, even love. If anything, we hope we had a microscopic impact on someone, somewhere. Anywhere.


Thank you for sailing with us. The breeze is fresh and the sun is setting, so now we head for the horizon.


Lulz Security - our crew of six wishes you a happy 2011, and a shout-out to all of our battlefleet members and supporters across the globe


With This Lulzsec also Release a Torrent file : https://thepiratebay.org/torrent/6495523/50_Days_of_Lulz

Here's some of the txt files included:

There are lots more stuff leaked :

According to TWN The "50 Days of Lulz" Data description :

AOL: While you may have been secretly hoping for some juicy memos akin to The AOL Way, what we actually have is a text file that begins: "The purpose of this document is to provide the AOL Network Engineering Staff, Management and any other pertinent persons a detailed review, analysis and recommended 'best practices' document for the implementation of layer 4 through 7 switching configurations." – it's an incredibly technical document.
AT&T: A large .rar archive includes a huge number of internal documents related to AT&T's LTE rollout. It includes meeting memos, emails, media reports, PDFs, Powerpoint presentations and more.
Battlefield Heroes: This text file appears to be a list of account details for over 550,000 users of social game Battlefield Heroes.
FBI Being Silly: This text file includes the output of a URL on the FBI website. We'll admit to not knowing the technical significance of why this is 'silly' as yet.
Hackforums.net: This appears to be 200,000 user details for Hackforums.net in a .csv file.
Nato-bookshop.org: Similarly, this appears to be 220,000 user logins for a NATO online bookshop (the URL currently redirects to the main NATO site).
Evidence that LulzSec hacked the US Navy website: An image is included showing the phrase "Pablo Escobar AntiSec" inserted multiple times on a list of Navy salary grades.

Email login details supposedly for a number of private investigators: Self-explanatory.
User login details for "Random gaming forums": It's unclear which forums.
"Silly routers": A list of IP numbers for routers with passwords set to either 'root' or 'admin'.