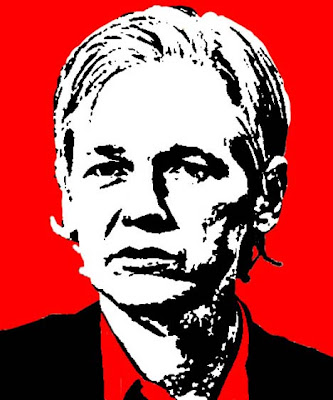 Assange, an Australian former computer hacker who is fighting extradition from Britain to Sweden over alleged sex crimes, was praised and rewarded with the Sydney Peace Prize's Gold Medal.

Although the Peace Prize is awarded annually by the foundation only three other people in its 14-year history have been awarded the gold award for courage in pursuit of human rights -- the Dalai Lama, Nelson Mandela and Japanese Buddhist leader Daisaku Ikeda.

The foundation paid tribute to Assange's determination to seek greater transparency and accountability from governments around the world, having challenged "centuries old practices of government secrecy."

"By championing people's right to know, WikiLeaks and Julian Assange have created the potential for a new order in journalism and in the free flow of information," said foundation director Stuart Rees.

Assange is the founder of the WikiLeaks whistleblowing website that has published thousands of cables in which US diplomats give their often candid views on world leaders, to Washington's acute embarrassment.

It has also leaked countless secret documents about the wars in Afghanistan and Iraq.

Assange, who was arrested in London at Sweden's request in December, remains on bail pending his challenge in July to a British judge's decision to extradite him over allegations of sexual assault.