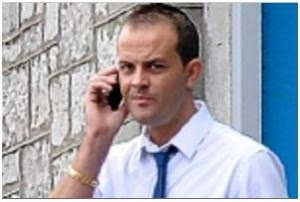 Mitchell hacked his way into Zynga's back-end systems by pinching the identities of two Zynga employees and filleted the swag, some of which he managed to flog on Facebook and some he used to gamble his nights away playing online poker.

Mitchell, of Paignton, Devon pleaded guilty to hacking the servers and pinching the chips, which were estimated to be worth around £7.4 million in real money. He flogged around a third of his ill-gotten gains for £53,612.

James Taghdissian, prosecuting, told the court that Zynga realised in August 2009 that its chips were disappearing and suspicion fell on two employees. It turned out that Mitchell was using their details to gain access to the stash. Mitchell had been using his neighbours' Wi-Fi connections to carry out his hacks, which lead to their systems being confiscated as the hunt for the hacker intensified. He finally tripped up by using his own Facebook profile to hack into the system.

Taghdissian said Mitchell, "made determined and repeated efforts to attack Zynga's systems. He succeeded and transferred 400 billion chips and sold them to realise a substantial profit."
Judge Philip Wassall said: "The dishonesty in this case was substantial and protracted. Online security is a priority for everyone these days.

"From internet banking to major international transactions, people rely on the security of systems and anyone who comes before the courts who has gone through these security systems from their own ends can expect custody.

"The sentence has to reflect the impact on public confidence in security systems and online business when someone breaches security in this way."

Mitchell admitted computer misuse and four charges of money laundering. He asked for 41 similar cases to be taken into account. Along with the two-year sentence, the hacker also got 30 weeks for breaching a 40-week suspended sentence imposed in 2008 for hacking into Torbay council's computers and paying himself benefits.