Geohot Will Try His Hacking Skills On Windows Phone 7 !

Mar 07, 2011Mohit Kumar
Geohot has been causing quite a disturbance due to his ongoing legal battle with Sony. Geohot jailbroke the Sony PS3 to run unsigned code. Sony is now suing him, and Geohot is under the tech industry's spotlight more than ever. 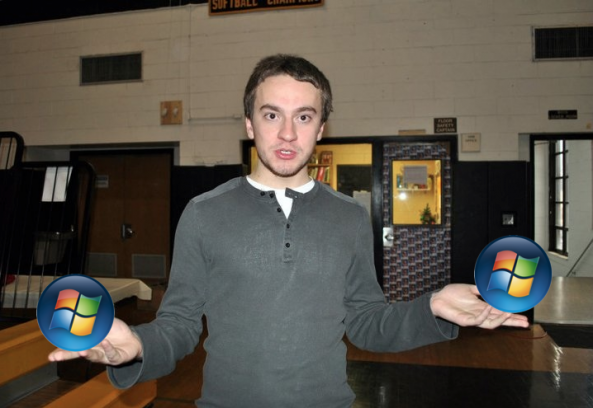 So, what does all this have to do with Windows Phone 7? Microsoft has shown interest in Geohot before, and the company even reached out to him financially for his legal fight against Sony. Geohot will know be using his hacking skills at an upcoming convention to try and jailbreak Windows Phone 7…

George "Geohot" Hotz is renowned for his jailbreak exploits on the iPhone, and he has expanded his hacking interests to other platforms.

"At the fifth annual Pwn2Own competition next week, George Hotz (Geohot) will attempt to use his hacking skills that landed him in hot water with Sony to win prizes. This year's target platform will be Windows Phone 7, though other devices and operating systems will also take part. An attack will be judged successful if little or no user (owner) interaction is required and useful data is taken or a benefit gleaned by the hacker.


This may include listening in on conversations, making long-distance calls from the hacked device and more. Those who successfully do so in the shortest amount of time will $15,000 and the device that was hacked."

Again, this isn't the first time that Microsoft and Geohot have crossed paths. In fact, Microsoft extended Geohot the offer to develop for their Windows Phone 7 platform.

Microsoft also allegedly donated a large sum of money to Geohot for his cause against Sony. It appears that the makers of Windows Phone 7 are fans of Geohot's portfolio. (Perhaps it has something to do with the fact that Geohot represents what Apple hates.)

We hope Geohot wins the competition at Pwn2Own. If he does win, he'll hopefully use the extra cash to help fund his legal fees.

We're all for Geohot hacking on other platforms, as long as he doesn't forget about the platform that made him famous. Remember Geohot, the iPhone still needs you.

What do you think about Geohot hacking Windows Phone 7?

It appears that Geohot has withdrawn from attending Pwn2Own at the last minute. A tweet from the contest's architect confirmed George Hotz's withdraw from the hacking convention,

"Geohot had to withdraw from #Pwn2Own due to the time-consuming Sony lawsuit he is involved in. "Expect me next year", he stated."