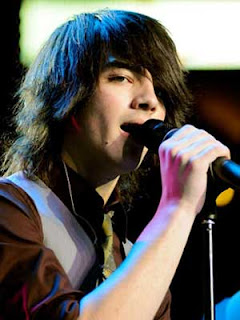 Joe Jonas braves the rain to go shopping at Fred Segal with a pal on Friday (February 18) in West Hollywood, Calif.

The same day, the 21-year-old singer's girlfriend, Ashley Greene, was spotted at LAX grabbing some Starbucks at LAX.

Joe recently had to deal with some problems on his Twitter page.

"Someone hacked my account. I did not RT that ocean up article and would never RT something like that. Looking into my account security," he tweeted.