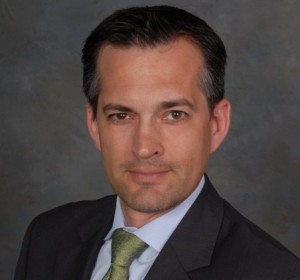 Aaron Barr's time in the security industry's spotlight may have finally, mercifully ended. On Monday, the much-tormented chief executive of HBGary Federal announced that he has resigned from his position, three weeks after a hacking scandal that tainted not just his firm, but its partners, clients, and even the U.S. government.
"I need to focus on taking care of my family and rebuilding my reputation," Barr told Threatpost. "It's been a challenge to do that and run a company. And, given that I've been the focus of much of bad press, I hope that, by leaving, HBGary and HBGary Federal can get away from some of that. I'm confident they'll be able to weather this storm."

Barr had found himself at the center of a scandal that began when he told the Financial Times he planned to reveal the names of some "leaders" of the hacker group Anonymous. Anonymous responded by hacking HBGary Federal's site, stealing 71,000 emails from the company and its sister firm HBGary, and defacing Barr's Twitter account.

"Do I regret [making those claims] now? Sure," Barr told Forbes reporter Parmy Olson after the hack. "I'm getting personal threats from people, and I have two kids. I have two four-year old kids. Nothing is worth that."

But the worst was yet to come. Anonymous posted HBGary's emails in a searchable format, and the ensuing press scrum exposed a darker side to HBGary Federal's business that offered a variety of dirty tricks on behalf of clients. In a proposal intended for Bank of America and written on behalf of a law firm referred to the bank by the U.S. Department of Justice, Barr suggested borderline illegal tactics that aimed at responding to a potential release of the bank's documents by WikiLeaks. Those methods included cyberattacks, misinformation, forged documents, pressuring donors and even blackmailing WikiLeaks supporter and Salon journalist Glenn Greenwald. In another deal, HBGary suggested similarly a shady response to the Chamber of Commerce in its campaign against the Chamber's political opponents including non-profit organizations and unions.


Barr and HBGary aren't the only ones who have had their reputations impacted by that scandal. Partner firms including Palantir and Berico Technologies have scrambled to distance themselves from the firm, and several lawyers at the firm of Hunton & Williams face potential disbarment for helping to broker HBGary's business dealings.

Barr's decision may have been sealed in part by a segment on the Colbert Report late last week that mocked Barr's World of Warcraft account and pointed to one of the hacked emails from Barr's wife threatening divorce.

Anonymous members on the AnonNews site didn't show much mercy.

"Anonymous should be as could as ice and get on to the next operation," wrote one commenter. "Poor Aaron Barr," added another. "Wait no, that guy was a dick. At least we destroyed him in anonymous style."