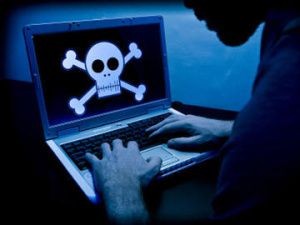 Sony has stepped up their game in Germany.

Early this week, the home of German hacker "graf_chokolo," known in real life as Alexander Egorenkov, was raided by a Sony representative backed up by local police. Sony seized Egorenkov's computer equipment and PS3 consoles as evidence in an upcoming court case.

Within a half hour after breaking the raid on his blog, Egorenkov had uploaded all of his hacking progress to various sites on the internet for other hackers to work on.

From Egorenkov's blog: "Guys, SONY was today at my home with police and got all my stuff and accounts. So be careful from now on. Guys, I don't joke, it's serious. And to prove it, I kept my word and uploaded all my ...stuff. Upload it everywhere so SONY couldn't remove it easily. Grab it guys, it contains lots of knowledge... [links omitted] It contains just everything I know."

It showed up on several sites, such as PS3Crunch, who willingly linked to the files. The site was then hit with a legal ultimatum of its own: remove the links to Egorenkov's work, or risk being counted as cohorts, requesting the removal of the offending material or face "all available legal and equitable remedies."

They did so, noting "don't worry though, you can find the file elsewhere." By then, the damage was likely already done. If the comments that followed on Egorenkov's blog are any indication, many people did indeed grab it and look to continue working on it.

Sony's war against hacking continues to escalate, though that doesn't seem to be putting many of them off the cause.