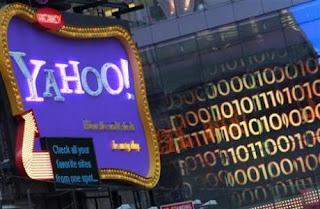 AT & T has revealed a vulnerability of months ago, and U.S. Attorney Paul Fishman said there was evidence that the two men have used the information obtained for criminal purposes. Authorities warned, however, that information can be dissolved in the hands of spammers and scammers.

Daniel Spitler, a guard from the library 26-year-old from San Francisco and Andrew Auernheimer, 25, of Fayetteville, Ark., is accused of fraud and conspiracy to access a computer without authorization.

Fishman characterizes men and their cohorts that participation in a "malicious upsmanship, as they sought to impress others and others in the online community.

"We do not tolerate crimes committed for street cred," said Fishman. "Hacking is not a competitive sport, and security breaches is not a game."

Spitler appeared in the U.S. Newark District Court on Tuesday and was released on $ 50,000 bail. U.S. Judge Claire Cecchi ordered not to use the Internet, except to work at a Borders bookstore. It is planned to be back in court March 7.

Auernheimer was to appear in court later Tuesday in U.S. District Court in Fayetteville.

The e-mail stolen it is unlikely that the basis for identity theft, but armed with an address spammer can send an email claiming to come from Apple or AT & T, whose beneficiaries may be more likely to open.

The criminal complaint against Spitler Auernheimer details and online conversations in which pairs duo discuss the sale of the addresses to spammers.

"You could put them in a database, for example, spam for spammers to sell ..." wrote a user named Nstyr Spitler, the complaint says.

The complaint cites an article posted on Gawker.com that have e-mail with movie mogul Harvey Weinstein tracks, White House chief of staff, Rahm Emanuel, New York Mayor Michael Bloomberg and Diane Sawyer, d ABC News was among those raised by AT & T. Servers

The case was filed in New Jersey, for approximately 16,000 victims living in the state, said Fishman.

AT & T spokesman Mark Siegel said: "We take very seriously the privacy of customers." He said the company had not been investigated infringement.

In June, AT & T Inc. recognizes a weak level of security on a Web site that shows the email apparently more than 100,000 users IPAD. The company said the vulnerability only affects users who signed IPAD for AT & T "3G" wireless Internet service and had solved the problem.

It contributes to the so uncertain that the Web Site of AT & T had received iPad users when they tried to access their accounts, AT & T. The site should forward the e-mail addresses of users, in order of sign-up easier, based on unique codes for the SIM card into their iPads. SIM cards are used to tell the mobile phone networks in the subscriber tries to use the service.

A group of hackers calling itself Goatse security officials said at the time of discovery of the weak and said it was able to fool cough AT & T site with more than 114,000 e-mail. Spitler Auernheimer and were both members of the group, authorities said.

Representative of the group told The Associated Press that in June the group was contacted by AT & T, and waited for the vulnerability is fixed before the flotation of the information. U.S. Attorney 's Office denied.

According to the affidavit submitted in June and opened last month, the suspects used a computer script called "iPad3G Account Slurper that" imitate the behavior of the 3G iPad, so that AT & T's server would be wrong to believe that communicate a real iPad.

The mail theft took place between June 3 and June 8, according to the affidavit.