Dec 23, 2010Mohit Kumar
A feud between neighbors has left one man facing prison after he hacked his neighbor's WiFi connection and sent a threatening e-mail to Vice President Joe Biden. 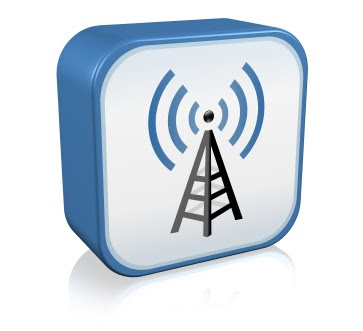 Animosity between neighbors has a Minnesota man facing the possibility of decades behind bars after he pleaded guilty to impersonating his neighbor online, distributing child pornography and threatening the vice president of the United States.

Vincent Ardolf of Blaine, Minn., stopped his trial Dec. 17 and confessed to hacking into his neighbor's wireless Internet connection to hide his identity while he committed a number of crimes. Ardolf pleaded guilty to two counts of aggravated identity theft and one count each of possession of child pornography, distribution of child pornography, unauthorized access to a protected computer and making threats against Vice President Joe Biden.
According to authorities, Ardolf admitted hacking into his neighbor's WiFi connection in February of 2009 and creating multiple Yahoo e-mail accounts in his neighbor's name. Then, on May 6, 2009, he used one of those accounts to e-mail Biden's office. The e-mail read:
"This is a terrorist threat! Take this seriously. I hate the way you people are spending money you don't have. ... I'm assigning myself to be judge jury and executioner. Since you folks have spent what you don't have it's time to pay the ultimate price. Time for new officials after you all are put to death by us. ..."
According to authorities, the e-mail was also sent to the governor of Minnesota and a U.S. senator from the state. The message went on to threaten those officials and stated they would each be killed one at a time, with the first by June 1. Ardolf then signed the e-mail with the name of his neighbor and his neighbor's wife in the hopes the message would be traced back to them.
A report in the Pioneer Press identified Ardolf's neighbors as Minneapolis attorney Matthew Kostolnik and his wife Bethany. According to the report, Ardolf's rage was triggered in August of 2008 after the couple accused him of kissing their 4-year-old son and called the police. Though officers questioned Ardolf, no charges were filed related to the incident.
In addition to the threatening e-mail, Ardolf also confessed to sending sexual e-mails to Matthew Kostolnik's co-workers with the accounts he created, including one with a pornographic image of a child. Ardolf went on to create a MySpace page using Kostolnik's name and posting the same image.
When he is sentenced, Ardolf faces a maximum penalty of 20 years in prison on the child porn distribution charge; 10 years on the child porn possession charge; and five years on both the unauthorized access to a computer and threats to the vice president charges. He also faces a mandatory two-year minimum on each count of aggravated identity theft.