4chan back online after being downed by DDoS attacks !

Dec 31, 2011Mohit Kumar
A coordinated DDoS attack from an unknown source temporarily knocked 4chan offline in the latest attack against the high-profile group. The 4chan forum helped to create and cultivate the Anonymous hacker group that has used DDoS attacks against numerous companies in recent months as part of Operation Payback.
4Chan's site was down for more than 24 hours, but is back online after suffering its most damaging attack as of late. The site has continued to gain more notoriety as WikiLeaks remains in the headlines, and DDoS attacks aren't uncommon against 4chan. 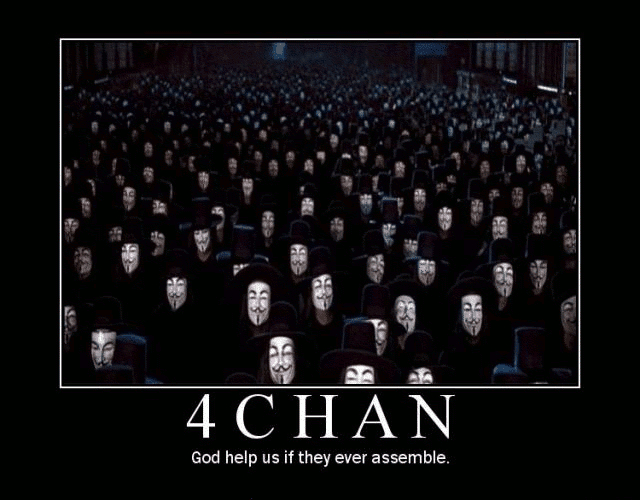 As part of Operation Payback, the Anonymous group attacked a number of websites of companies that were standing up against WikiLeaks.
Credit card companies such as Visa, MasterCard and PayPal cut direct ties with WikiLeaks, cutting off donations to the site. Anonymous then targeted the websites of these companies with coordinated DDoS attacks, causing many hours of downtime. Other groups and political figures were targeted for speaking out against file sharing and other reasons, with future attacks expected in the new year.
4Chan posted the following message on its status website regarding the attack: "Site is down due to DDoS. We now join the ranks of MasterCard, Visa, PayPal — an exclusive club!"
Site admins may have a jolly attitude regarding the DDoS downtime publicly, but it wouldn't be surprising if Anonymous launches a retaliation effort later.
The attacks against 4Chan could be retaliation for the Anonymous attacks against PayPal, Amazon, Visa, MasterCard, and other targets as of late. It's unknown who is behind the attacks, but it could be a rival hacker group tired of Anonymous and its continued high publicity attacks.
One hacker was accused of the 4chan attack, but he has immediately denied direct involvement with the matter. Until someone claims responsibility, 4chan will likely look to work on its own network defenses.
News Submitted by : Om Rathore