Aug 10, 2012
A new cyber surveillance virus has been found in the Middle East that can spy on banking transactions and steal login and passwords, according Kaspersky Lab , a leading computer security firm. After Stuxnet, Duqu, and Flame, this one seems to mainly spy on computer users in Lebanon. It's been dubbed Gauss (although Germanic-linguistic purists will no doubt be complaining that it should be written Gauß). Gauss is a complex cyber-espionage toolkit, highly modular and supports new functions which can be deployed remotely by the operators in the form of plugins. The currently known plugins perform the following functions: Intercept browser cookies and passwords. Harvest and send system configuration data to attackers. Infect USB sticks with a data stealing module. List the content of the system drives and folders Steal credentials for various banking systems in the Middle East. Hijack account information for social network, email and IM accounts. The researchers at Russia-based Ka 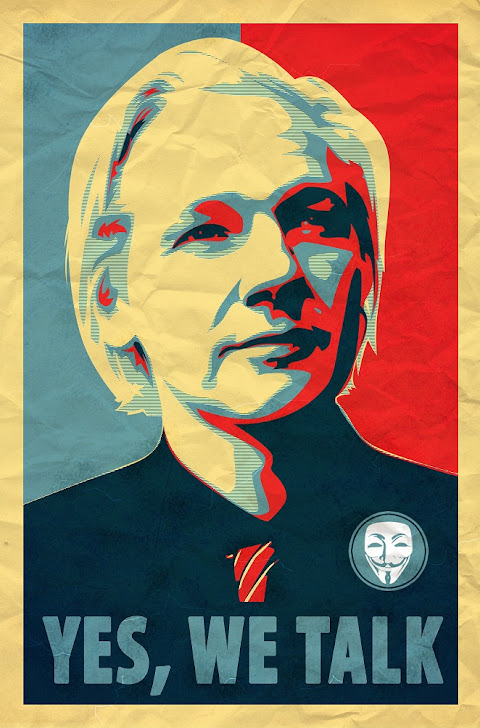 Julian Assange and Bradley Manning are Vested in Vision !

Apr 17, 2012
Julian Assange and Bradley Manning are Vested in Vision ! Two significant events will take place this week and cyber activists need to take note and pay attention. This will be your training on how to unfold the growing revolution that is spinning our world on a new and courageous path. First, Julian Assange has completed filming twelve episodes of his forthcoming show, " The World Tomorrow ". The first episode will be aired on RT and released online on Tuesday 17 April 2012, with other networks to follow. " The World Tomorrow " is a collection of twelve interviews featuring an eclectic range of guests, who are stamping their mark on the future: politicians, revolutionaries, intellectuals, artists and visionaries. The second event, Nobel Peace Prize nominee, and political prisoner Bradley Manning's next appearance in court will take place April 24-26 at Ft. Meade, MD. Bradley Manning was arrested in May 2010 in Iraq on suspicion of having passed classified material to the whis

Mar 30, 2012
Twitter Takes Tweetdeck Offline due to Vulnerability Twitter has taken its Tweetdeck app offline after an apparent bug has possibly given some Tweetdeck users access to others' accounts. The web version of Tweetdeck is currently down , although older desktop editions of the software appear to continue to receive and send Tweets at the moment, and can still log out and back in. A Sydney, Australia-based Tweetdeck user named Geoff Evason says he discovered today he was somehow able to access hundreds of other accounts through Tweetdeck . " I'm a tweetdeck user. A bug has given me access to hundreds of twitter and facebooks account through tweetdeck. I didn't do anything special to make this happen. I just logged in one day, the account was was slower than normal, and I could post from many more accounts. " And demonstrated that he could access another account by sending Tweet . Other accounts may well be affected, as Twitter quickly shut off access to Tweetdeck entirely to "look int 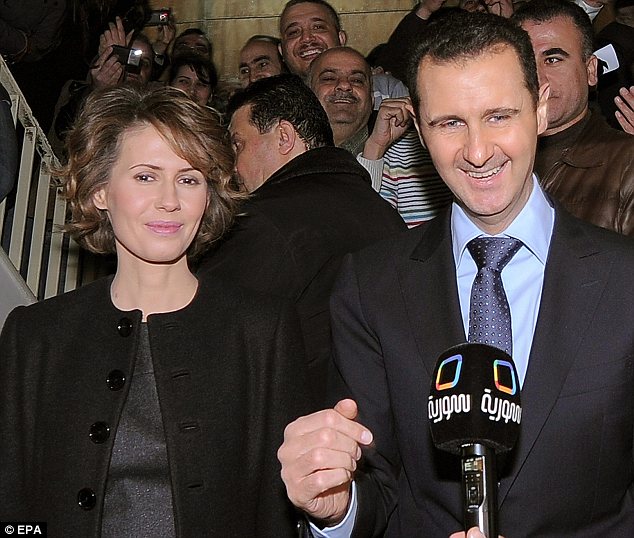 Mar 16, 2012
President Assad 's hacked emails reveal isolation of Syria's leader Asad's personal email account was hacked by Anonymous hackers few hours ago and The Guardian then acquired over 3,000 documents from hacked email that according to opposition is the personal email of ruling couple Bashar and Asma al-Assad sam@alshahba.com and ak@alshahba.com The newspaper said it got the trove of e-mails from a member of the Syrian opposition whom it does not identify. The documents are said to have been intercepted by members of the Supreme Council of the Revolution between June and early February. According to the Guardian, the e-mails show that Assad regularly received advice from Iran or advisers to Iran about how he should respond to the crisis in his country. He received a memo from his media consultant with advice that was based on " consultations with a good number of people in addition to the media and political adviser for the Iranian ambassador. " The memo advised 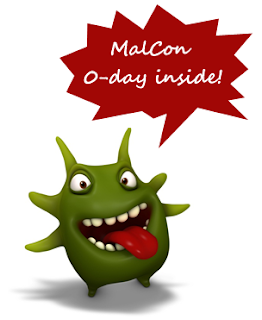 Hackers to release 0-days in comics

Feb 22, 2012
Hackers to release 0-days in comics Hackers frequently disclose vulnerabilities in various products, but taking it to a whole new level, now hackers and malware coders are planning to release actual 0-days through their own comic books. The Malware conference, Malcon announced it on their groups yesterday. In the making from last three months, the comic is planned for release with objective of simplifying and helping coders understand the art behind malcoding for offensive defense and security. It is learned that there will be two formats for the comic - a web and a printed version. The printed version will be specifically for the Indian Government officials, Intelligence agencies and Law enforcement groups, who are regular attendees at the conference. This is also seen as a remarkable and significant point in the history and evolution of hackers and also points at things to come in wake of real threats with respect to cyber warfare capabilities of India in future. On condition of 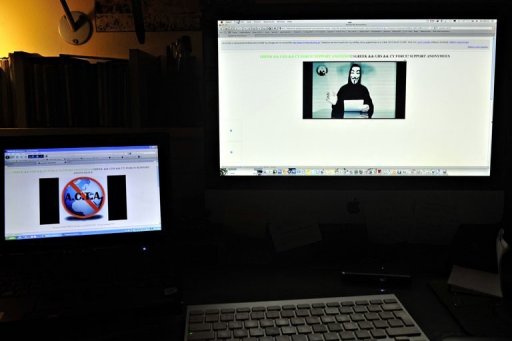 Feb 21, 2012
Three Greek Anonymous hackers arrested for defacing Government Sites According to a press release by the Greek police,They has arrested an eighteen-year-old and identified two other teenagers it accuses of having defaced the Greek Ministry of Justice website. The attack happened at the start of February, Aged 16, 17 and 18, the three targeted schoolboys are suspected of taking part in this group under the nicknames ' delirium ', ' nikpa ' and ' extasy '. The Greek Cybercrime division has found electronic traces that supposedly lead to the subjects and claim that they've attacked many sites in the past. Besides the arrests, the unit also seized 12 HDD and 3 notebooks. A police statement says the three claim to be part of the international " Anonymous " activist collective, which has attacked computers in several countries. Hackers posted a video and messages on the Justice Ministry website on February 3, protesting the Greek government's signing of a global copyright treaty and it 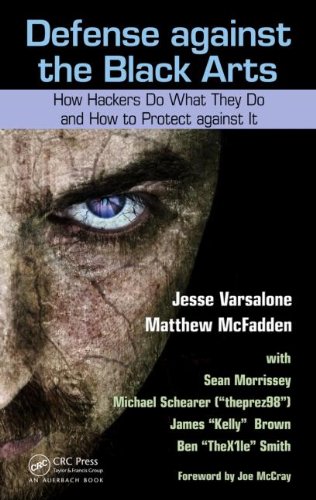 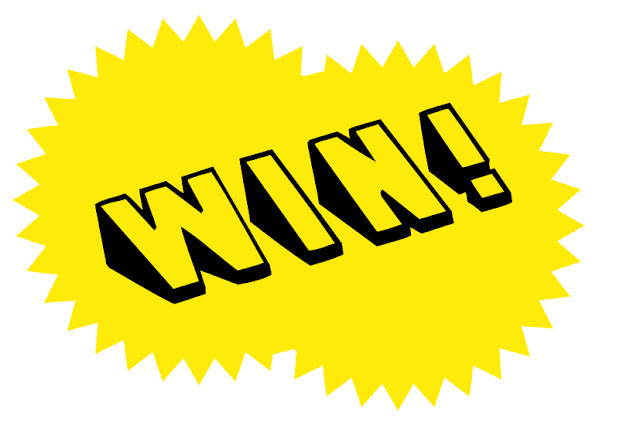 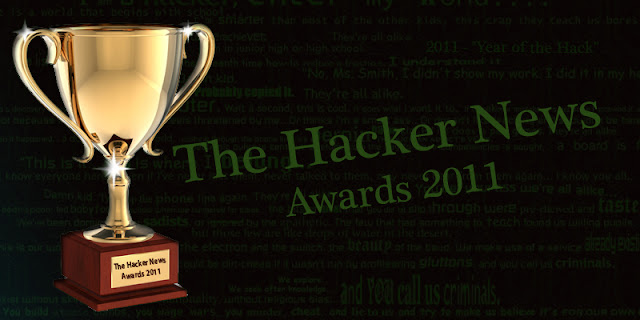 Dec 31, 2011
The Hacker News Hacking Awards : Best of Year 2011 2011 has been labeled the " Year of the Hack " or " Epic #Fail 2011 ". Hacking has become much easier over the years, which is why 2011 had a lot of hacking for good and for bad. Hackers are coming up with tools as well as finding new methods for hacking faster then companies can increase their security.  Every year there are always forward advancements in the tools and programs that can be used by the hackers. At the end of year 2011 we decided to give " The Hacker News Awards 2011 ". The Hacker News Awards will be an annual awards ceremony celebrating the achievements and failures of security researchers and the Hacking community. The THN Award is judged by a panel of respected security researchers and Editors at The Hacker News. Year 2011 came to an end following Operation Payback and Antisec, which targeted companies refusing to accept payments to WikiLeak's, such as, Visa and Amazon. Those attacks were carrie 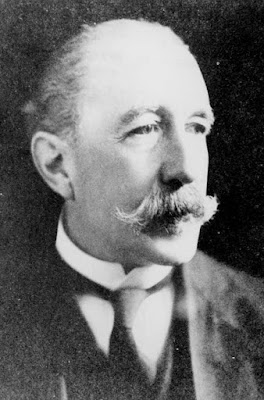 Dec 29, 2011
World 1st Hacker exploit communication technology for lulz in  1903 New Scientist publish about the first hacker revealing security holes in wireless communication technology in 1903. Nevil Maskelyne was first in a long line of hackers who have exposed and exploited security flaws in communication technology from Morse code to the Internet. The crowd was somewhat amused as the physicist John Ambrose Fleming was adjusting arcane apparatus as he prepared to demonstrate the long-range wireless communication system developed by his boss, the Italian radio pioneer Guglielmo Marconi. Marconi was 300 miles away in Cornwall trying to send the message. Before the demonstration could begin, the apparatus in the lecture theatre began to tap out a message.It was a poem which accused Marconi of "diddling the public". Arthur Blok, Fleming's assistant, worked out that beaming powerful wireless pulses into the theatre were going to be strong enough to interfere with the projector 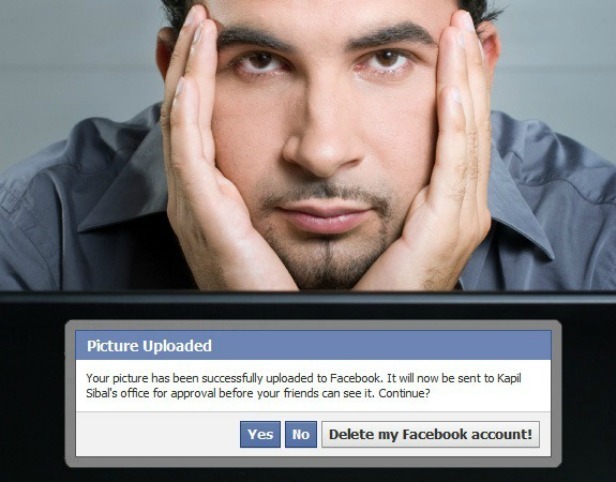 Dec 26, 2011
India orders Net firms to censor themselves Some of the world's top websites will have to purge themselves of all content that is offensive to Indians by February 6. The companies must update their progress on the effort within two weeks, a court in New Delhi ordered on Saturday, the reports say. The demand is the Indian government's latest attempt to monitor and control electronic information. Facebook, Microsoft, YouTube, Google, among 21 others will have to strip their websites off any objectionable content. Given that some of the Internet scandals that have hit India recently that will include all images of women kissing men. Reports say India is pressing major Internet firms to filter out what the government considers unacceptable material, including religiously sensitive images and altered images of politicians. 21 social networking sites, including the ones mentioned above have been " issued summons " by the court, on grounds of carrying objectionable content. 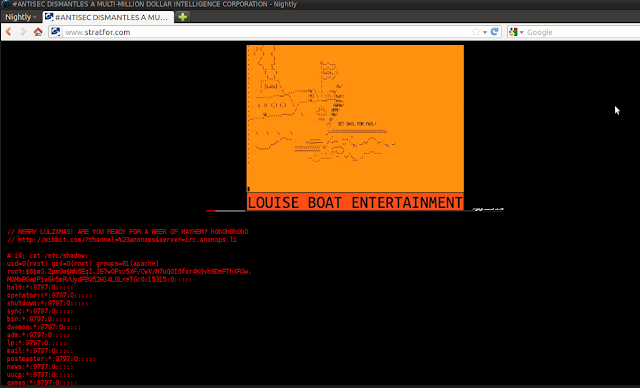 Dec 24, 2011
Stratfor hacked by Anonymous Hackers for #AntiSec Stratfor who provides strategic intelligence on global business, economic, security and geopolitical affairs just now has been defaced by Anonymous Group of Hackers. Mirror of Hack is available here . Lulzsec Leader, SABU tweeted that " Over 90,000 Credit cards from LEA, journalists, intelligence community and whitehats leaked and used for over a million dollars in donations ". Private Clients List of Stratfor is also leaked on a Pastebin note. For all this clients have been exposed sensible information including credit cards (which supposedly have been used to make $1 million in "donations"), as well as over 200 GB of email correspondence. As a result of this incident the operation of Stratfor's servers and email have been suspended. Anonymous has now exposed two lists of credit card details belonging to people who have subscribed to STRATFOR services, the first one containing 3956 card details and the second one
Next Page 
Trending News Stories
Researchers Release PoC Exploit for Windows CryptoAPI Bug Discovered by NSA
Over 4,500 WordPress Sites Hacked to Redirect Visitors to Sketchy Ad Pages
LastPass Parent Company GoTo Suffers Data Breach, Customers' Backups Compromised
Microsoft Urges Customers to Secure On-Premises Exchange Servers
Emotet Malware Makes a Comeback with New Evasion Techniques
U.S. Federal Agencies Fall Victim to Cyber Attack Utilizing Legitimate RMM Software
Apple Issues Updates for Older Devices to Fix Actively Exploited Vulnerability
Contributed Reports
How to improve application security with Pentesting-as-a-Service
Download: The Definitive Browser Security Checklist
More Resources