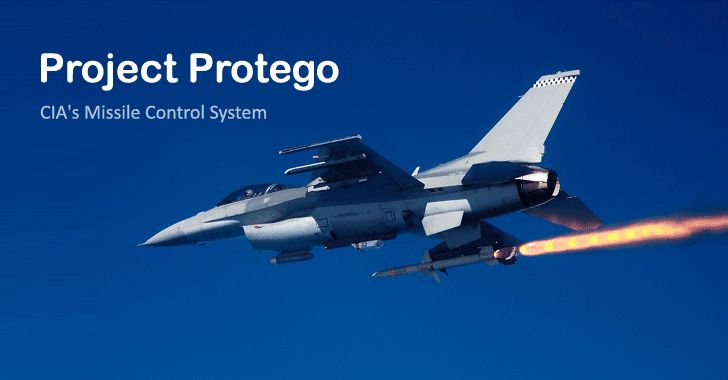 September 07, 2017Swati Khandelwal
Every week since March Wikileaks has been leaking secrets from the United States Central Intelligence Agency (CIA), which mainly focus on surveillance techniques and hacking tools employed by its agents. However this time, the whistleblower organisation has released something different from its previous Vault 7 leaks , because it's not about hacking and spying; instead, it's a—Missile Control System. Dubbed Project Protego , the PIC-based missile control system is installed on-board a Pratt and Whitney Aircraft (PWA) equipped with missile launch system, which gives it ability to hit air-to-air and air-to-ground targets. The latest leak contains four secret documents in total from the project Protego, along with "37 related documents (proprietary hardware/software manuals from Microchip Technology Inc)," WikiLeaks says. Leaked documents reveal system design, a guide on how to configure and build Protego images, and also suggest that all micro-controller un 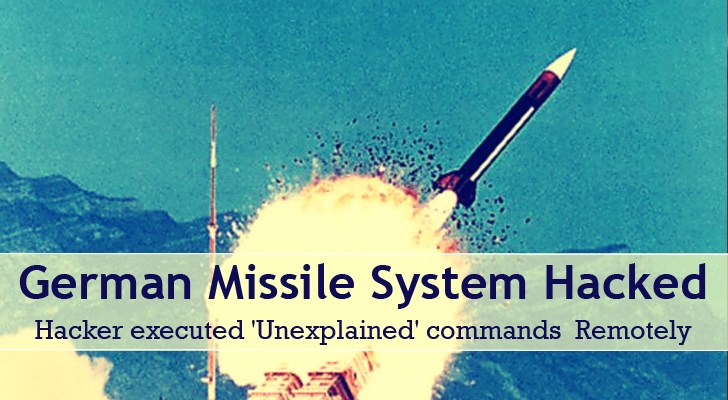 July 11, 2015Mohit Kumar
Now this is a shockingly dangerous threat when hackers are taking over weapons and missiles. This time I am not talking about weapon systems being hackable, but being HACKED! A German Patriot anti-aircraft missile system stationed on Turkish-Syrian border was reportedly hacked and taken over by an unknown " foreign source " who successfully executed " unexplained commands ." Two Attack Vectors Attacks on the Patriot missiles system were detected when "unexplained" orders were given to the weapons via two supposed weak spots. German trade publication Behörden Spiegel reports that the American-made missile system was accessed either through a Computer Chip that directs weapons guidance or through a Real-Time information exchange that provides communication between arms and commands. The publication speculates that the hackers may have stolen sensitive information and accessed missile control that could result in a missile firing
Next Page 