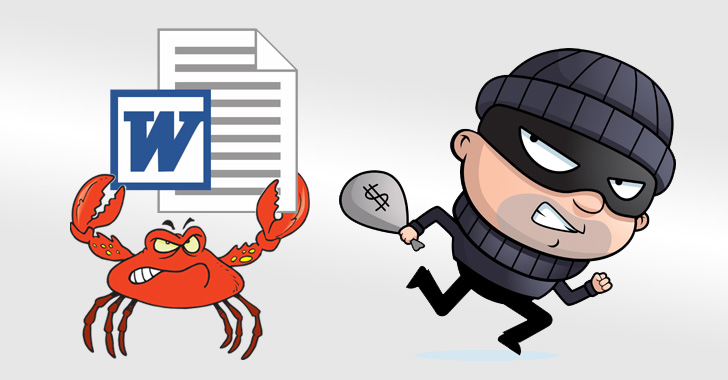 January 25, 2019Swati Khandelwal
Security researchers have discovered two separate malware campaigns, one of which is distributing the Ursnif data-stealing trojan and the GandCrab ransomware in the wild, whereas the second one is only infecting victims with Ursnif malware. Though both malware campaigns appear to be a work of two separate cybercriminal groups, we find many similarities in them. Both attacks start from phishing emails containing an attached Microsoft Word document embedded with malicious macros and then uses Powershell to deliver fileless malware. Ursnif is a data-stealing malware that typically steals sensitive information from compromised computers with an ability to harvest banking credentials, browsing activities, collect keystrokes, system and process information, and deploy additional backdoors. Discovered earlier last year, GandCrab is a widespread ransomware threat that, like every other ransomware in the market, encrypts files on an infected system and insists victims to pay a ransom 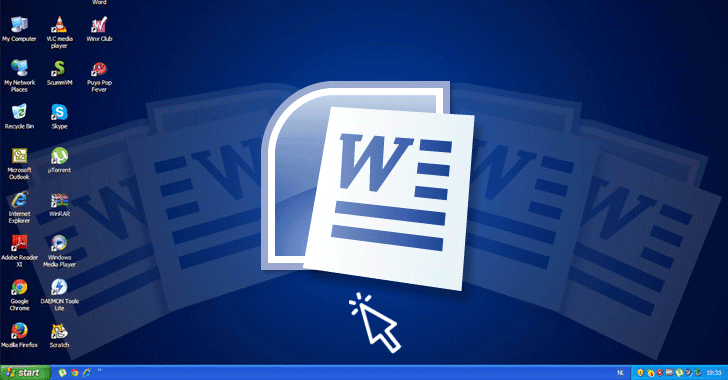 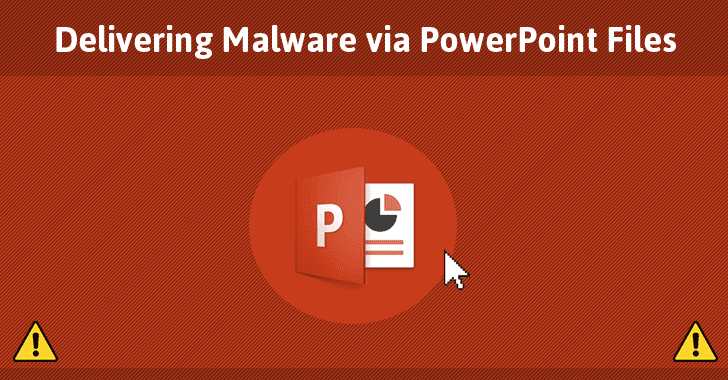 June 07, 2017Mohit Kumar
" Disable macros and always be extra careful when you manually enable it while opening Microsoft Office Word documents. " You might have heard of above-mentioned security warning multiple times on the Internet as hackers usually leverage this decade old macros-based hacking technique to hack computers through specially crafted Microsoft Office files, particularly Word, attached to spam emails. But a new social engineering attack has been discovered in the wild, which doesn't require users to enable macros ; instead it executes malware on a targeted system using PowerShell commands embedded inside a PowerPoint (PPT) file. Moreover, the malicious PowerShell code hidden inside the document triggers as soon as the victim moves/hovers a mouse over a link (as shown), which downloads an additional payload on the compromised machine -- even without clicking it. Researchers at Security firm SentinelOne have discovered that a group of hackers is using malicious PowerPoi 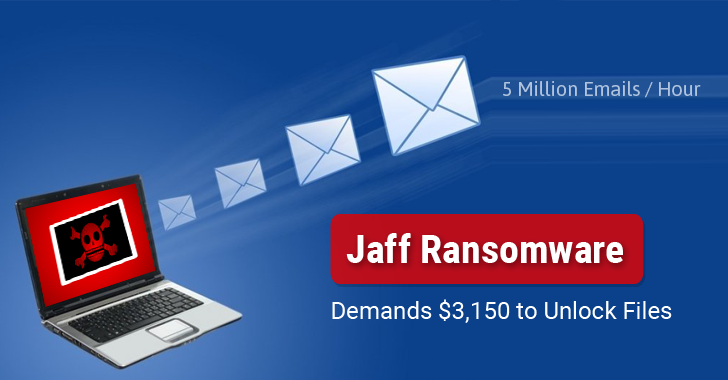 May 12, 2017Mohit Kumar
A massive malicious email campaign that stems from the Necurs botnet is spreading a new ransomware at the rate of 5 million emails per hour and hitting computers across the globe. Dubbed "Jaff," the new file-encrypting ransomware is very similar to the infamous Locky ransomware in many ways, but it is demanding 1.79 Bitcoins (approx $3,150), which much higher than Locky, to unlock the encrypted files on an infected computer. According to security researchers at Forcepoint Security Lab, Jaff ransomware, written in C programming language, is being distributed with the help of Necurs botnet that currently controls over 6 million infected computers worldwide. Necurs botnet is sending emails to millions of users with an attached PDF document, which if clicked, opens up an embedded Word document with a malicious macro script to downloads and execute the Jaff ransomware, Malwarebytes says . Jaff is Spreading at the Rate of 5 Million per Hour The malicious email camp 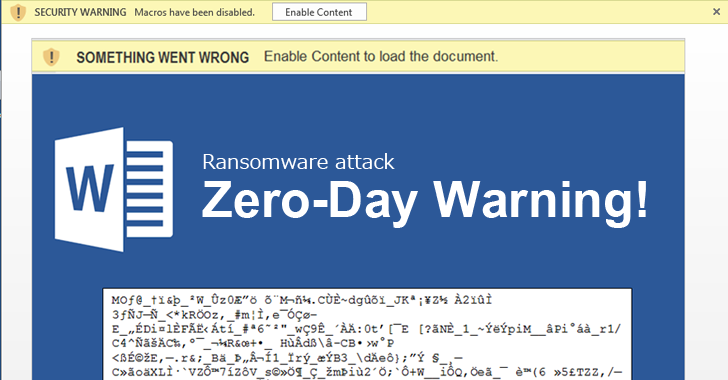 June 28, 2016Swati Khandelwal
If just relying on the security tools of Microsoft Office 365 can protect you from cyber attacks, you are wrong. Variants of Cerber Ransomware are now targeting MS Office 365 email users with a massive zero-day attack that has the ability to bypass Office 365's built-in security tools. According to a report published by cloud security provider Avanan, the massive zero-day Cerber ransomware attack targeted Microsoft Office 365 users with spam or phishing emails carrying malicious file attachments. The Cerber ransomware is invoked via Macros. Yes, it's hard to believe but even in 2016, a single MS Office document could compromise your system by enabling ' Macros '. Locky and Dridex ransomware malware also made use of the malicious Macros to hijack systems. Over $22 Million were pilfered from the UK banks with the Dridex Malware that got triggered via a nasty macro virus. You can see a screenshot of the malicious document in the latest malware campaign belo

February 19, 2016Unknown
If you receive a mail masquerading as a company's invoice and containing a Microsoft Word file, think twice before clicking on it. Doing so could cripple your system and could lead to a catastrophic destruction. Hackers are believed to be carrying out social engineering hoaxes by adopting eye-catching subjects in the spam emails and compromised websites to lure the victims into installing a deadly ransomware, dubbed " Locky ," into their systems. So if you find .locky extension files on your network shares, Congratulations! You are infected and left with just two solutions: Rebuild your PC from scratch or Pay the ransom. Locky ransomware is spreading at the rate of 4000 new infections per hour , which means approximately 100,000 new infections per day . Microsoft MACROS are Back It is hard to digest the fact that, in this 2016, even a single MS Word document could compromise your system by enabling ' Macros .' This is where the poin 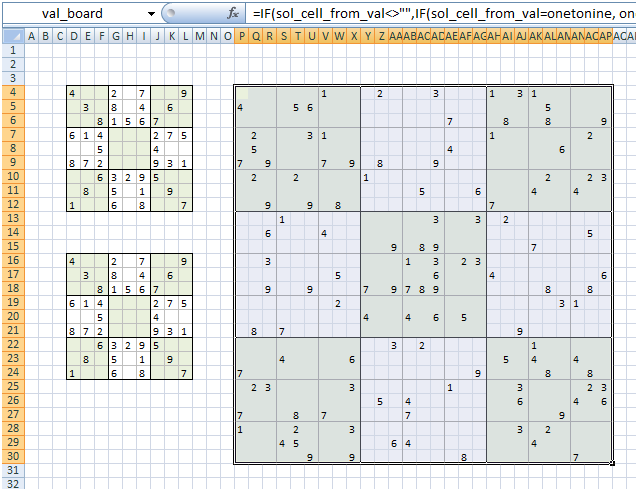 December 20, 2012Mohit Kumar
Sudoku is one such game that I believe will benefit your brain, but now not for your system. Peter Szabo from SophosLabs have identified a piece of malware that resides behind a Microsoft Excel-based Sudoku generator. The Malware developed in Visual Basic requires macros, a scripting language that allows users to create equations based on values in different columns and rows. Microsoft disable macros by default , because in past macros were the weapon of choice for cyber criminals . But in order for the generator to work, the user must activate macros. Unfortunately, while the user is enjoying the Sudoku, the macro is installing malware in the targeted machine. Keyboard and mouse macros allow sequences of keystrokes and mouse actions to be transformed into shorter commands and also it can easily gathers system information by using the ipconfig, systeminfo like commands. Once the bug has collected a machine's IP address, running processes, installed applications
Next Page 
Popular This Week
New Chrome 0-day Bug Under Active Attacks – Update Your Browser ASAP!
Extortion Gang Breaches Cybersecurity Firm Qualys Using Accellion Exploit
Mazafaka — Elite Hacking and Cybercrime Forum — Got Hacked!
URGENT — 4 Actively Exploited 0-Day Flaws Found in Microsoft Exchange
Hackers Now Hiding ObliqueRAT Payload in Images to Evade Detection
Researchers Find 3 New Malware Strains Used by SolarWinds Hackers
Online Courses and Software