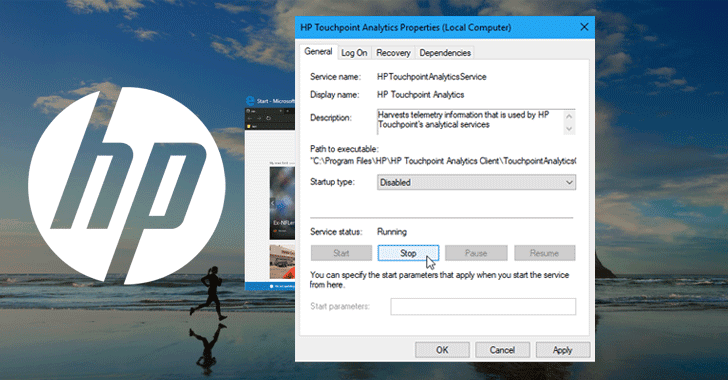 November 30, 2017Mohit Kumar
Do you own a Hewlett-Packard (HP) Windows PC or laptop? Multiple HP customers from around the world are reporting that HP has started deploying a "spyware" onto their laptops—without informing them or asking their permission. The application being branded as spyware is actually a Windows Telemetry service deployed by HP, called "HP Touchpoint Analytics Client," which was first identified on November 15. According to reports on several online forums, the telemetry software—which the HP customers said they never opted to have installed and had no idea was continually running in the background—was pushed out in a recent update. However, it's not yet clear whether the software has come with the latest Microsoft's Windows updates, or via HP's support assistant processes. An official description of the software says that the program "harvests telemetry information that is used by HP Touchpoint's analytical services." HP Touchpoint 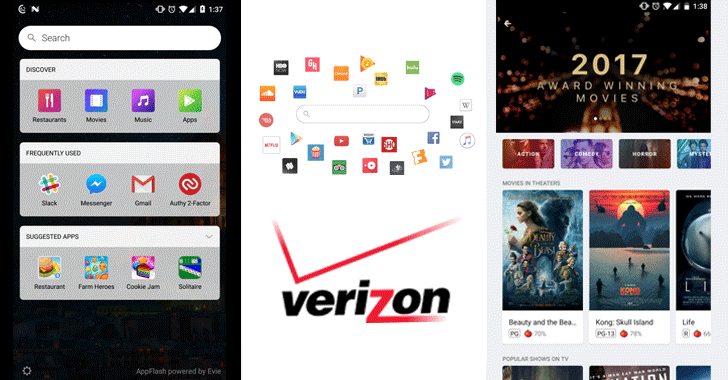 March 30, 2017Mohit Kumar
If the death of online privacy rules wasn't enough for Internet Service Providers and advertisers to celebrate, Verizon has planned to pre-install spyware on customers' Android devices in order to collect their personal data. The telecom giant has partnered with Evie Launcher to bring a new application called ' AppFlash ' — a universal search bar that will come pre-installed on the home screens of all Verizon Android handsets for quickly finding apps and web content. AppFlash is simply a Google search bar replacement, but instead of collecting and sending telemetry data including what you search, handset, apps and other online activities to Google, it will send to Verizon. What's worse? Just like other pre-installed bloatware apps, Android users can't uninstall AppFlash quickly, unless they have rooted their phone. AppFlash allows you to search inside apps or browse through listings of nearby restaurants and entertainment. The built-in Google Search

August 25, 2015Khyati Jain
A sigh of relief indeed! Google is finally listening to us; it is ditching its haunting bloatware from the upcoming Android smartphones and tablets. As per the current situation, our Android devices are attacked with Google's suite of apps like Google Play Games, Google Newsstand, Google Play Books. The new Samsung Galaxy Note 5 is expected not to be pre-occupied with Google+. Though Android is an open source platform where a user can only give their inputs, the final call is taken by Google; writes and updates Android itself. We can get our own copy from the Android Open Source Project (AOSP) repository. For this, Google has listed thorough instructions to help you build it into a fully functioning version of Android. No Space for Unwanted Apps The phone manufacturers are also given access to the Android source code for free exactly in the same way as users. They can modify and change any parts they like. However, when it comes to installing G
Next Page 