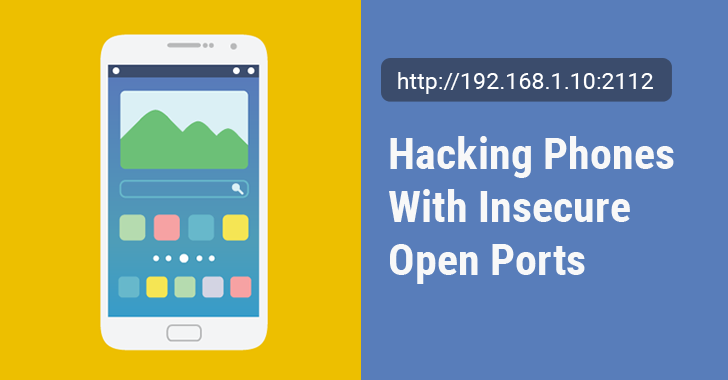 April 29, 2017Mohit Kumar
A team of researchers from the University of Michigan discovered that hundreds of applications in Google Play Store have a security hole that could potentially allow hackers to steal data from and even implant malware on millions of Android smartphones. The University of Michigan team says that the actual issue lies within apps that create open ports — a known problem with computers — on smartphones. So, this issue has nothing to do with your device's operating system or the handset; instead, the origin of this so-called backdoor is due to insecure coding practices by various app developers. The team used its custom tool to scan over 100,000 Android applications and found 410 potentially vulnerable applications — many of which have been downloaded between 10 and 50 Million times and at least one app comes pre-installed on Android smartphones. Here I need you to stop and first let's understand exactly what ports do and what are the related threats. Ports can be eit February 12, 2015Mohit Kumar
Nearly 40,000 organisations running MongoDB , a NoSQL high performance and cross-platform document-oriented database, are found to be unprotected and vulnerable to hackers. Three students from University of Saarland in Germany at the Centre for IT Security – Kai Greshake, Eric Petryka and Jens Heyens – discovered that MongoDB databases running at TCP port 27017 as a service on several thousands of commercial web servers are easily accessible on the Internet. MongoDB is an open-source database used by companies of all sizes, across all industries for a wide variety of applications. MongoDB is built for scalability, performance and high availability, scaling from single server deployments to large, complex multi-site architectures. By leveraging in-memory computing, MongoDB provides high performance for both reads and writes. The German researchers said that they were able to get "read and write access" to the unsecured MongoDB databases without using any sp
Next Page 