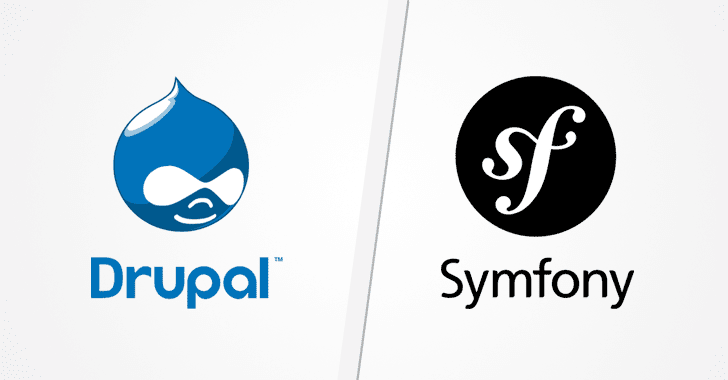 August 03, 2018Mohit Kumar
It's time to update your Drupal websites. Drupal, the popular open-source content management system, has released a new version of its software to patch a security bypass vulnerability that could allow a remote attacker to take control of the affected websites. The vulnerability, tracked as CVE-2018-14773, resides in a component of a third-party library, called Symfony HttpFoundation component , which is being used in Drupal Core and affects Drupal 8.x versions before 8.5.6. Since Symfony—a web application framework with a set of PHP components—is being used by a lot of projects, the vulnerability could potentially put many web applications at risk of hacking. Symfony Component Vulnerability According to an advisory released by Symfony, the security bypass vulnerability originates due to Symfony's support for legacy and risky HTTP headers. "Support for a (legacy) IIS header that lets users override the path in the request URL via the X-Original-URL or X-Rew
Next Page 