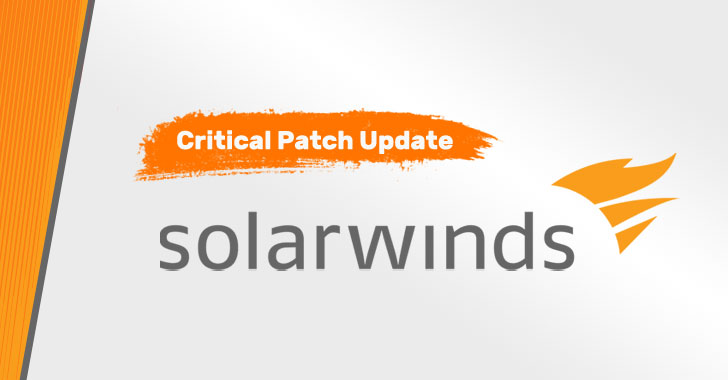 March 25, 2021Ravie Lakshmanan
IT infrastructure management provider SolarWinds on Thursday released a new update to its Orion networking monitoring tool with fixes for four security vulnerabilities, counting two weaknesses that could be exploited by an authenticated attacker to achieve remote code execution (RCE). Chief among them is a JSON deserialization flaw that allows an authenticated user to execute arbitrary code via the  test alert actions  feature available in the Orion Web Console, which lets users simulate network events (e.g., an unresponsive server) that can be configured to trigger an alert during setup. It has been rated critical in severity. A second issue concerns a high-risk vulnerability that could be leveraged by an adversary to achieve RCE in the Orion Job Scheduler. "In order to exploit this, an attacker first needs to know the credentials of an unprivileged local account on the Orion Server," SolarWinds  said  in its release notes. The advisory is light on technical specifics,
Next Page 