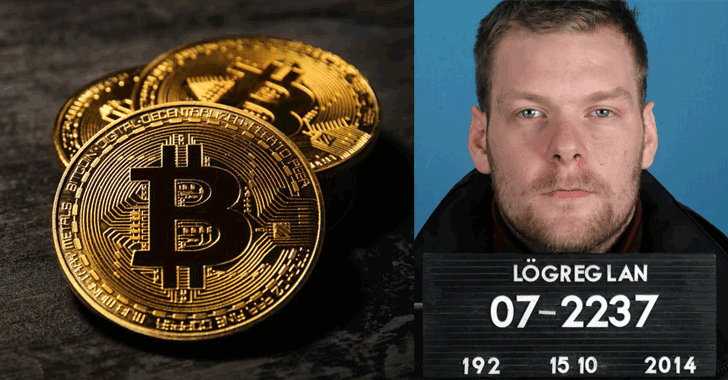 April 18, 2018Swati Khandelwal
Remember the " Big bitcoin heist " we reported last month when a group of thieves stole around 600 powerful bitcoin mining devices from Icelandic data centers? Icelandic Police had arrested 11 suspects as part of the investigation, one of which has escaped from prison and fled to Sweden on a passenger plane reportedly also carrying the Icelandic prime minister Katrin Jakobsdottir. Sindri Thor Stefansson , who is suspected of masterminding the whole theft of almost $2 million worth of cryptocurrency-mining equipment, traveled under a passport of someone else but identified through surveillance footage. Stefansson had recently been transferred to a low-security Sogn prison, located in rural southern Iceland (just 59 miles away from Iceland's international airport in Keflavik), from where he escaped through a window early Tuesday and boarded the flight to Sweden. Prime minister Jakobsdottir was on her way to Sweden to take part in India-Nordic Summit and meet Indi
Next Page 