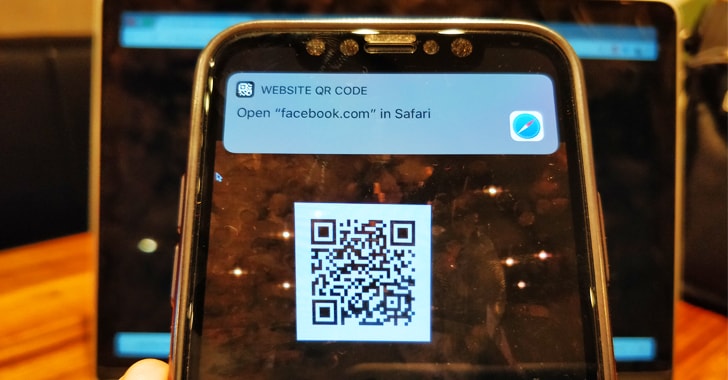 March 27, 2018Swati Khandelwal
A new vulnerability has been disclosed in iOS Camera App that could be exploited to redirect users to a malicious website without their knowledge. The vulnerability affects Apple's latest iOS 11 mobile operating system for iPhone, iPad, and iPod touch devices and resides in the built-in QR code reader. With iOS 11, Apple introduced a new feature that gives users ability to automatically read QR codes using their iPhone's native camera app without requiring any third-party QR code reader app. You need to open the Camera app on your iPhone or iPad and point the device at a QR code. If the code contains any URL, it will give you a notification with the link address, asking you to tap to visit it in Safari browser. However, be careful — you may not be visiting the URL displayed to you, security researcher Roman Mueller discovered . According to Mueller, the URL parser of built-in QR code reader for iOS camera app fails to detect the hostname in the URL, which allows at 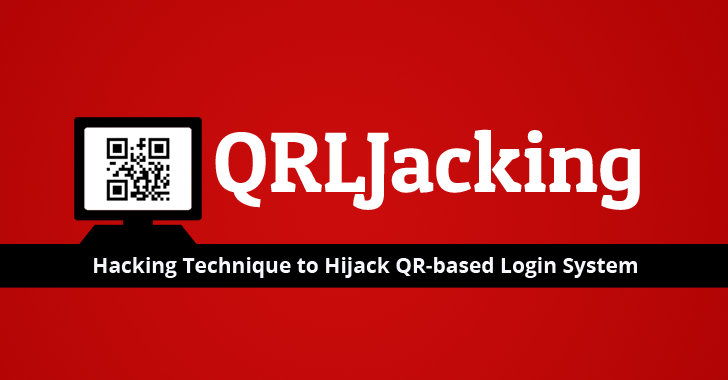 July 28, 2016Swati Khandelwal
Do you know that you can access your WeChat, Line and WhatsApp chats on your desktop as well using an entirely different, but fastest authentication system? It's SQRL , or Secure Quick Response Login, a QR-code-based authentication system that allows users to quickly sign into a website without having to memorize or type in any username or password. QR codes are two-dimensional barcodes that contain a significant amount of information such as a shared key or session cookie. A website that implements QR-code-based authentication system would display a QR code on a computer screen and anyone who wants to log-in would scan that code with a mobile phone app. Once scanned, the site would log the user in without typing in any username or password. Since passwords can be stolen using a keylogger, a man-in-the-middle (MitM) attack, or even brute force attack, QR codes have been considered secure as it randomly generates a secret code, which is never revealed to anybody else.
Next Page 
Popular This Week
Apple Releases Urgent iPhone and iPad Updates to Patch New Zero-Day Vulnerability
Update Your Windows PCs Immediately to Patch New 0-Day Under Active Attack
Microsoft Fended Off a Record 2.4 Tbps DDoS Attack Targeting Azure Customers
Google: We're Tracking 270 State-Sponsored Hacker Groups From Over 50 Countries
GitHub Revoked Insecure SSH Keys Generated by a Popular git Client
Ransomware Group FIN12 Aggressively Going After Healthcare Targets