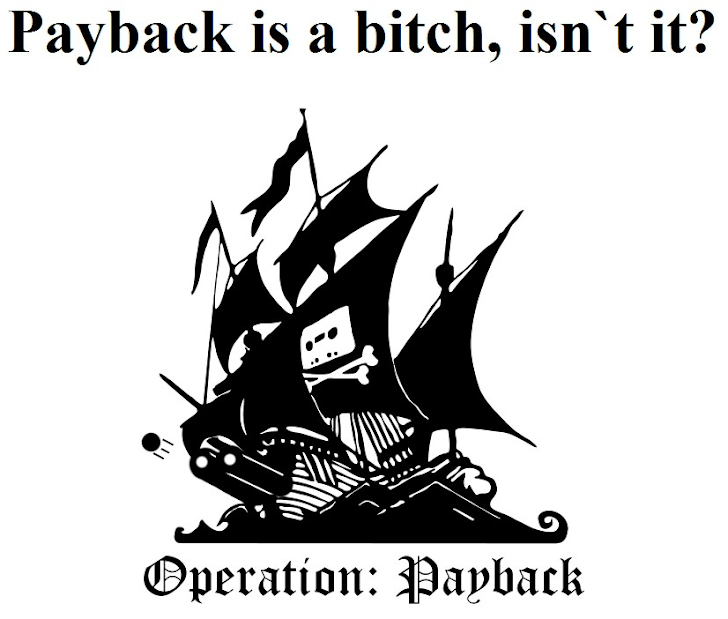 13 Anonymous Members indicted and accused of participating in 'Operation Payback'

October 04, 2013Mohit Kumar
A U.S. Grand jury indicted and accused 13 members of the hacking group Anonymous for allegedly participating in the cyber attacks against a number of websites as an  anti-copyright campaign called " Operation Payback " Hackers took down the sites by inflicting a denial of service, or DDoS, attack , including those belonging to the Recording Industry Association of America, Visa and MasterCard. The attacks were in retaliation for the shutdown of " The Pirate Bay ," a Sweden-based file-sharing website used to illegally download copyrighted material. The DDoS Campaign was later extended to Bank of America and credit card companies such as Visa and MasterCard after they refused to process payments for WikiLeaks . According to the indictment, the suspects are charged with conspiracy to intentionally cause damage to protected computers. Suspects downloaded and used software known as Low Orbit Ion Cannon , or LOIC, to launch distributed denial-of-service

November 06, 2012Mohit Kumar
Dutch media report   Skype has Illegally (without court order) distributed a 16 years old user's personal information including user name, real name, email addresses and the home address used for payment to a private company consistently a police investigation into Anonymous-sanctioned cyber attacks on PayPal.  In 2011 most of the online payment solution companies blocked donations to WikiLeaks, in relation to this Anonymous Hacker DDOS paypal and Mastercard. During investigation of attack an IT firm reach skype for the information of their use and Skype  handed over the personal information of a 16-year-old  Illegally to them. Dutch media report that Police operating the case as 'Operation Talang' which is actually focussed on two persons. Joep Gommers, senior director of global research at the Dutch IT security firm iSIGHT Partners, was hired by PayPal to investigate the attacks. They are Alleged to have played a role in attacks on websites belonging to Mastercard, VISA
Next Page 