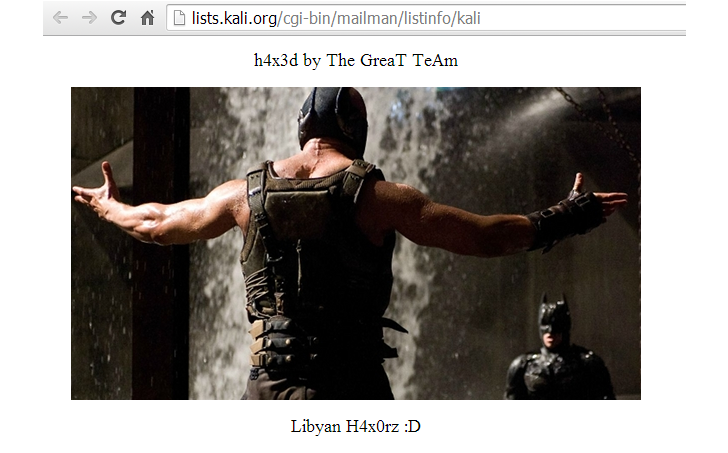 April 30, 2014Swati Khandelwal
When it comes to Digital Forensics, Penetration and Security testing, we mostly relies on Kali Linux distribution (also known as Backtrack), which is designed for security professionals and packed with more than 300 security testing tools. But Today, Mailing List sub-domain of Kali Linux get hacked and defaced by Libyan hacking group known as ' The GreaT TeAm (TGT) '. A mailing list is simply a list of email addresses to which the same information is being sent. A discussion list is used to allow a group of people to discuss topics amongst themselves, with everyone able to send mail to the list and have it distributed to everyone in the group. Mailing lists have become a popular way for Internet users to keep up with topics they're interested in. At the time of writing, The Homepage of Kali Linux mailing list domain was displaying two lists, i.e. Kali with description "Hacked By The GreaT TeAm -TGT" Kali-Dev with description "Libyan Hackers" S 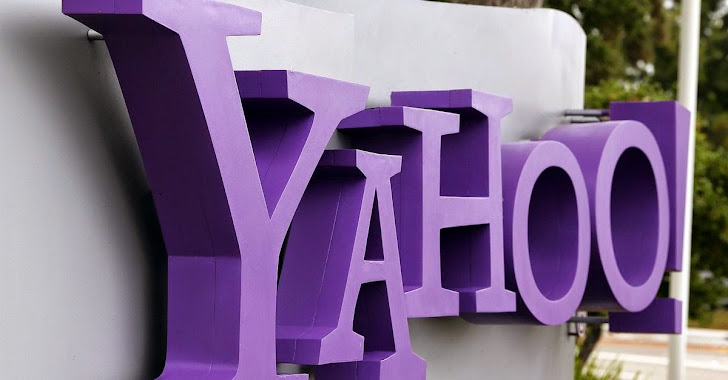 April 08, 2014Wang Wei
Yahoo! The one who enabled the HTTPS connections by default from the beginning of this year, the one who encrypts traffic moving between its data centers from 31st March , now has been accused of harming every  Mailing List  across the world. Experts from the Internet Engineering Council John R. Levine , specialized in email infrastructure and spam filtering claimed this in the post titled " Yahoo breaks every mailing list in the world including the IETF's. " on Internet Engineering Task Force (IETF). Yahoo has established a new rule to automatically exclude Yahoo users from the mailing list, because Mailing List server does not comply with DMARC requirements and they strongly modifies each email. He talks about an " emerging e-mail security scheme " known as Domain-based Message Authentication, Reporting and Conformance (DMARC) that has been implemented by almost every largest email service providers, including Gmail, Hotmail, Comcast, and Yahoo. DMARC helps to reduce the p
Next Page 