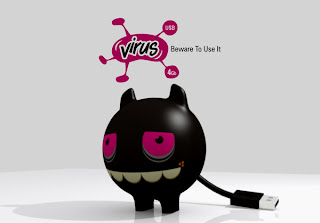 March 15, 2013Wang Wei
During  March Patch Tuesday of 2013 , Microsoft released seven new security bulletins, with four rated as critical, and others as Important. Most interesting one was MS13-027 , which is rated as "important" because the attack requires physical access to the vulnerable machine. This flaw allows anyone with a USB thumb drive loaded with the payload to bypass security controls and access a vulnerable system even if AutoRun is disabled, and the screen is locked. Flaw exposes your Windows PCs to major risk. If you remember Stuxnet, worm was injected to Iran's nuclear program system using USB thumb drive. Windows typically discovers USB devices when they are inserted or when they change power sources (if they switch from plugged-in power to being powered off of the USB connection itself). To exploit the vulnerability an attacker could add a maliciously formatted USB device to the system. When the Windows USB device drivers enumerate the device, parsing a speciall
Next Page 