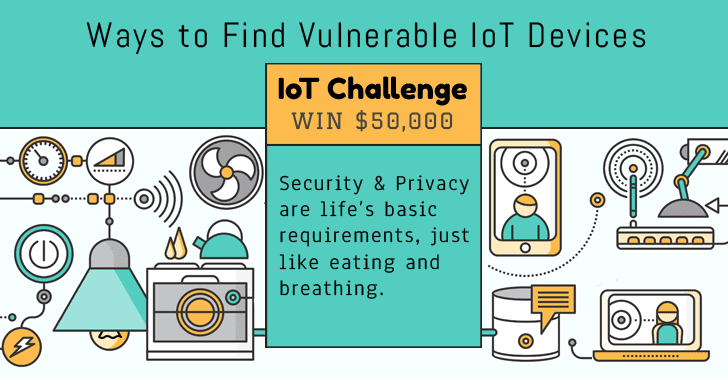 October 10, 2016Mohit Kumar
If you are concerned about the insecurity of Internet of Things, have good hands at programming and know how to hack smart devices, then you can grab an opportunity to earn $50,000 in prize money for discovering the non-traditional ways to secure IoT devices. Internet of Things (IoT) market is going to expand rapidly over the next decade. We already have 6.5 billion to 8 billion IoT devices connected to the Internet worldwide, and the number is expected to reach 50 billion by 2020. While IoT is going to improve life for many, the number of security risks due to lack of stringent security measures and encryption mechanisms in the devices have increased exponentially. This rise in the number of security risks would continue to widen the attack surface, giving hackers a large number of entry points to affect you some or the other way. Recently, we saw a record-breaking DDoS attack (Distributed Denial of Service) against the France-based hosting provider OVH that reached over 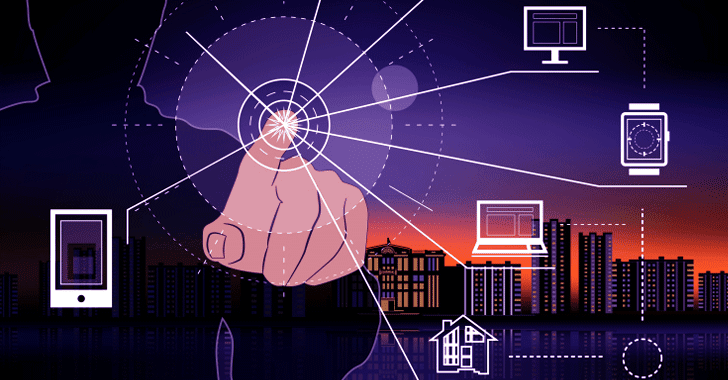 October 03, 2016Mohit Kumar
With rapidly growing Internet of Thing (IoT) devices, they have become a much more attractive target for cybercriminals. Just recently we saw a record-breaking Distributed Denial of Service (DDoS) attacks against the France-based hosting provider OVH that reached over one Terabit per second (1 Tbps), which was carried out via a botnet of infected IoT devices. Now, such attacks are expected to grow more rapidly as someone has just released the source code for IoT botnet, which was 'apparently' used to carry out world's largest DDoS attacks. Internet of Things-Botnet 'Mirai' Released Online Dubbed Mirai , the malware is a DDoS Trojan that targets BusyBox systems , a collection of Unix utilities specifically designed for embedded devices like routers. The malware is programmed to hijack connected IoT devices that are using the default usernames and passwords set by the factory before devices are first shipped to customers. Spotted by Brian Krebs , the 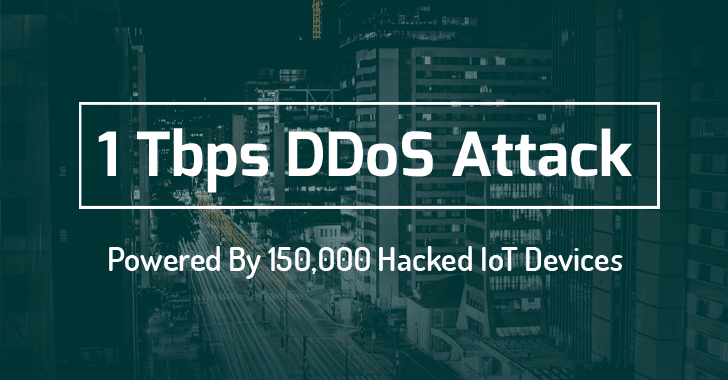 September 28, 2016Swati Khandelwal
Do you know — Your Smart Devices may have inadvertently participated in a record-breaking largest cyber attack that Internet has just witnessed. If you own a smart device like Internet-connected televisions, cars, refrigerators or thermostats, you might already be part of a botnet of millions of infected devices that was used to launch the biggest DDoS attack known to date, with peaks of over 1 Tbps of traffic. France-based hosting provider OVH was the victim to the record-breaking Distributed Denial of Service (DDoS) attacks that reached over one terabit per second (1 Tbps) over the past week. As the Internet of Things (IoT) or connected devices are growing at a great pace, they continue to widen the attack surface at the same time, giving attackers a large number of entry points to affect you some or the other way. 1 Tbps DDoS Attack Hits OVH IoTs are currently being deployed in a large variety of devices throughout your home, businesses, hospitals, and even entire cities ( 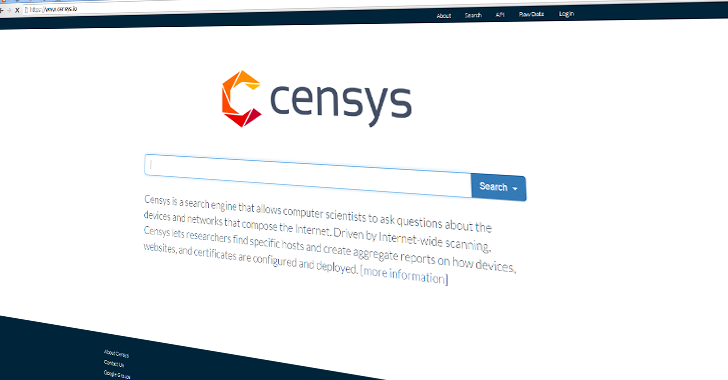 December 11, 2015Mohit Kumar
Meet an all-new Hacker's Search Engine similar to Shodan – Censys . At the end of last month, security researchers from SEC Consult found that the lazy manufacturers of home routers and Internet of Things (IoT) devices have been re-using the same set of hard-coded cryptographic keys , leaving around 3 millions of IoT devices open to mass hijacking. But how did the researchers get this number? Researchers uncovered these devices with the help of Censys – a new search engine that daily scans the whole Internet for all the vulnerable devices. Censys Maintains Complete Database of Everything on The Internet Censys is similar to hacker's search engine Shodan , which is designed specifically to locate any devices that have been carelessly plugged into the Internet without much attempt at preventing unauthorized access. However, Censys employs a more advanced method to find vulnerabilities in the devices and make the Internet a safer place. Censys is a fre
Next Page 