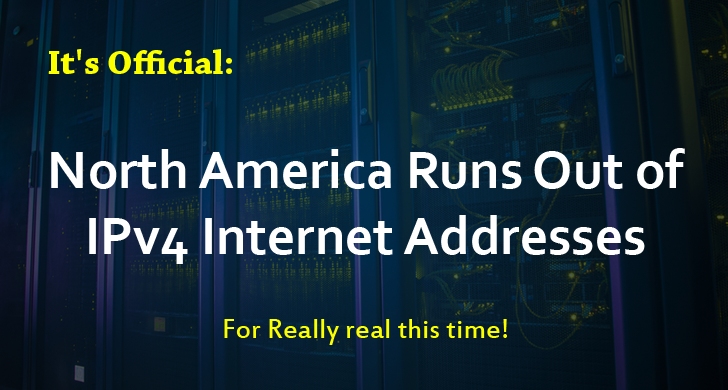 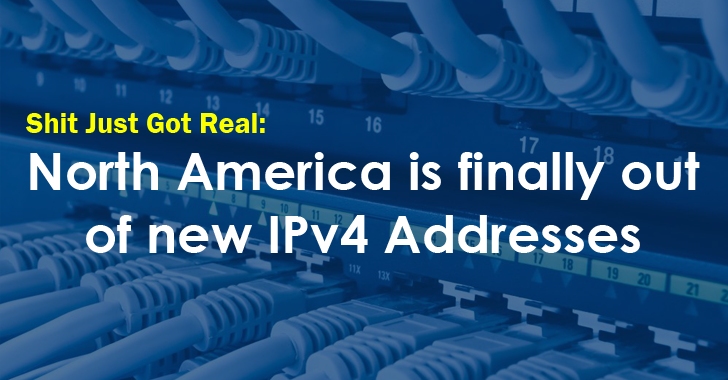 July 03, 2015Mohit Kumar
The Internet is running out of IPv4 (Internet Protocol version 4) addresses — a computer's unique address on the Internet. It's just become harder to get IPv4 addresses. IPv4 Exhaustion Gets Real. Is this the end of IPv4 addresses? Finally, North America ran out of iPv4 addresses and officially exhausted its supply of IPv4 addresses, joining Asia, Europe, and Latin America. The American Registry for Internet Numbers (ARIN), which is responsible for handing out Internet addresses, has warned that it is unable to fulfil a request for the allocation of large blocks of IPv4 addresses due to IPv4 Exhaustion of available address pool. On Wednesday, ARIN activated an " IPv4 Unmet Requests Policy " for the first time and placed a waitlist for companies that request blocks of IP addresses for their services. According to the ARIN, ISPs are left with only three choices: They can either accept a smaller block (limited to 512 and 256 addresses) They can jo
Next Page 
Popular This Week
New Wi-Fi Encryption Vulnerability Affects Over A Billion Devices
Install Latest Chrome Update to Patch 0-Day Bug Under Active Attacks
Firefox enables DNS-over-HTTPS by default (with Cloudflare) for all U.S. users
Microsoft Brings Defender Antivirus for Linux, Coming Soon for Android and iOS
New LTE Network Flaw Could Let Attackers Impersonate 4G Mobile Users
Google Advises Android Developers to Encrypt App Data On Device
GhostCat: New High-Risk Vulnerability Affects Servers Running Apache Tomcat
Free Download: The Ultimate Security Pros' Checklist
Exclusive Offers