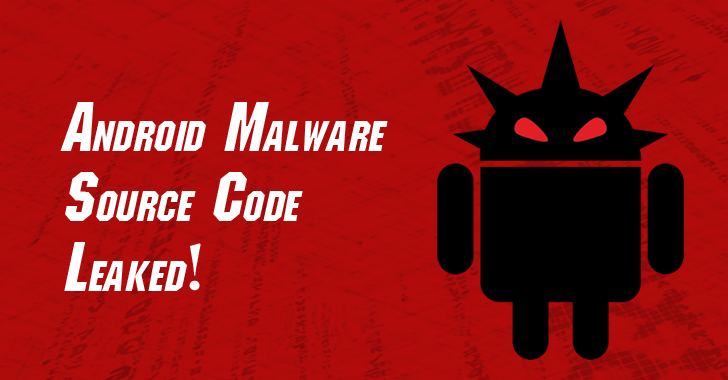 February 22, 2016Swati Khandelwal
The source code of a recently discovered Android banking Trojan that has the capability to gain administrator access on your smartphone and completely erase your phone's storage has been LEAKED online. The banking Trojan family is known by several names; Security researchers from FireEye dubbed it SlemBunk, Symantec dubbed it Bankosy, and last week when Heimdal Security uncovered it, they dubbed it MazarBot . All the above wave of Android banking Trojans originated from a common threat family, dubbed GM Bot, which IBM has been tracking since 2014. GM Bot emerged on the Russian cybercrime underground forums, sold for $500 / €450, but it appears someone who bought the code leaked it on a forum in December 2015, the IBM X-Force team reported. What is GM Bot and Why Should You Worry about it? The recent version of GM Bot ( dubbed MazarBOT ) has the capability to display phishing pages on the top of mobile banking applications in an effort to trick Android users
Next Page 
Popular This Week
Microsoft Brings Defender Antivirus for Linux, Coming Soon for Android and iOS
US Govt Warns Critical Industries After Ransomware Hits Gas Pipeline Facility
Scam Alert: You've Been Selected for 'Like of the Year 2020' Cash Prizes
Iranian Hackers Exploiting VPN Flaws to Backdoor Organizations Worldwide
Google Bans 600 Android Apps from Play Store for Serving Disruptive Ads
Ring Makes 2-Factor Authentication Mandatory Following Recent Hacks
Adobe Patches Critical Bugs Affecting Media Encoder and After Effects
Exclusive Offers