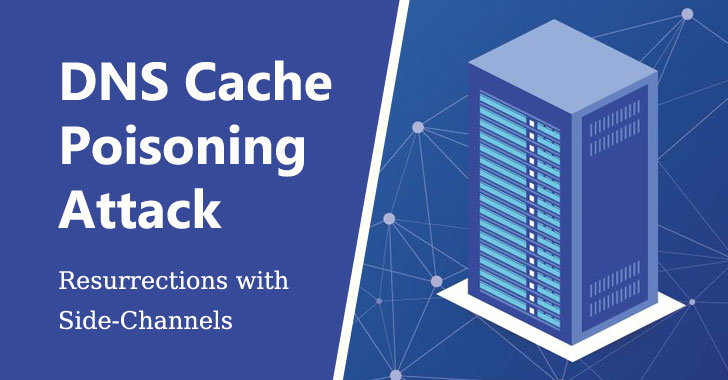 November 18, 2021Ravie Lakshmanan
Researchers have demonstrated yet another variant of the SAD DNS cache poisoning attack that leaves about 38% of the domain name resolvers vulnerable, enabling attackers to redirect traffic originally destined to legitimate websites to a server under their control. "The  attack  allows an off-path attacker to inject a malicious DNS record into a DNS cache," University of California researchers Keyu Man, Xin'an Zhou, and Zhiyun Qian  said . "SAD DNS attack allows an attacker to redirect any traffic (originally destined to a specific domain) to his own server and then become a man-in-the-middle (MITM) attacker, allowing eavesdropping and tampering of the communication." The latest flaw affects Linux kernels as well as popular DNS software, including BIND, Unbound, and dnsmasq running on top of Linux, but not when run on other operating systems FreeBSD or Windows. From Kaminsky Attack to SAD DNS DNS cache poisoning, also called DNS spoofing, is a  technique  i 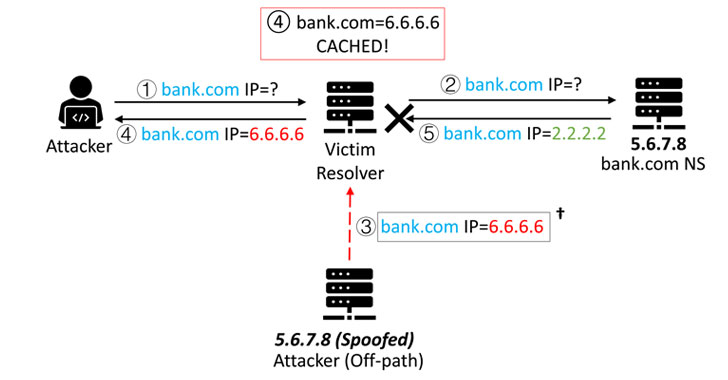 November 12, 2020Ravie Lakshmanan
A group of academics from the University of California and Tsinghua University has uncovered a series of critical security flaws that could lead to a revival of DNS cache poisoning attacks. Dubbed " SAD DNS attack " (short for Side-channel AttackeD DNS), the technique makes it possible for a malicious actor to carry out an off-path attack, rerouting any traffic originally destined to a specific domain to a server under their control, thereby allowing them to eavesdrop and tamper with the communications. "This represents an important milestone — the first weaponizable network side channel attack that has serious security impacts," the researchers said. "The attack allows an off-path attacker to inject a malicious DNS record into a DNS cache." Tracked as CVE-2020-25705, the findings were presented at the ACM Conference on Computer, and Communications Security (CCS '20) held this week. The flaw affects operating systems Linux 3.18-5.10, Windows Serv
Next Page 