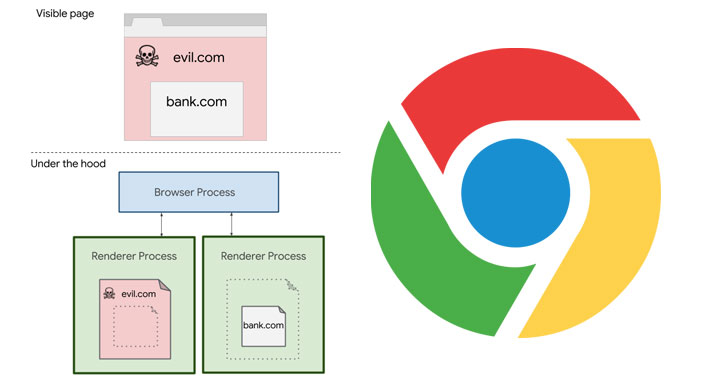 July 12, 2018Mohit Kumar
Google has by default enabled a security feature called "Site Isolation" in its web browser with the release of Chrome 67 for all desktop users to help them protect against many online threats, including Spectre and Meltdown attack . Site Isolation is a feature of the Google Chrome web browser that adds an additional security boundary between websites by ensuring that different sites are always put into separate processes, isolated from each other. Since each site in the browser gets its own sandboxed process, the feature makes it harder for untrusted websites to access or steal information of your accounts on other websites. In January this year when Google Project Zero researchers disclosed details of Spectre and Meltdown CPU vulnerabilities, the tech giant recommended Chrome desktop users to manually turn on Site Isolation feature on their devices to mitigate speculative side-channel attacks. "Even if a Spectre attack were to occur in a malicious web page,
Next Page 